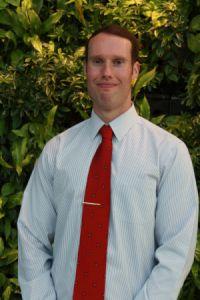 Dr. Chris Hyland joined the History Department at Kwantlen Polytechnic University in 2019. Dr. Hyland’s research focus is on the intersection of higher education, Canadian foreign affairs, and war and society. In particular, he examines the English-Canadian professoriate’s relationship with the Canadian state in the sphere of external affairs and international development. His latest work on academic secondments to the Department of External Affairs appears in the International Journal of Canadian Studies, published in Volume 56, 2017. He has also published a number of articles on how Canadian universities have contributed to the state’s war effort during the First and Second World Wars. In addition to his research, Dr. Hyland is a frequent book reviewer for subjects connected to the history of higher education in Canada and has been published in the journals Historical Studies in Education and the Alberta Journal of Educational Research. Dr. Hyland also serves as the managing editor of the online journal, History of Intellectual Culture, based at the University of Calgary.

Teaching
Dr. Hyland is a teacher at heart and has devoted his life to the education of others. He started his career as a social studies and English high school teacher in the Greater Vancouver region (Abbotsford and Langley). Then, he transitioned into ESL and taught at private academies and universities in South Korea for ten years. Later, he moved back to Canada and, in Calgary, taught intercultural communicative competencies online to oil and gas executives at night, while teaching Language Instruction to Newcomers to Canada (LINC) during the day at Bow Valley College. At the university level, Dr. Hyland has taught Introduction to Canadian Studies at the University of Calgary, Pre- and Post-Confederation Canadian history at Kwantlen Polytechnic University, and 20th century European history courses at Coquitlam College.

While Not at Work
Outside of work, Dr. Hyland is an avid sports fan and enjoys watching Major League Baseball and the National League Football. He also enjoys exercising and has run several marathons and other long-distance races. At night, he enjoys a good bottle of wine and reading epic fantasy novels.