Our advisory committee is essential to keep the program current and oriented towards new developments.  The list of our members follows; individual biographies are found below.

Ashley Arden is the founding Executive Director of the Stonehouse Institute, Canada’s centre for evidence-based social change communications and engagement.

Ashley is also a Junior Counsel specializing in stakeholder engagement with Hoggan & Associates, and was the Research Manager for The Polluted Public Square (Spring 2014), Jim Hoggan's much anticipated follow-up to Climate Cover Up. Prior to joining Hoggan, Ashley spent 6 years in senior operations with the David Suzuki Foundation.

Ashley is also the Chair & Co-Founder of the Eka Cooperative, a non-profit community service cooperative that brings together individuals, communities and organizations committed to moving beyond multiculturalism, and is wrapping up a Masters in Ethno-Political Conflict at Royal Roads University, where her thesis is exploring the use of scenario planning for addressing the integration challenges of high-need refugee communities in Canada. 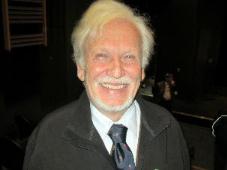 Prior to joining the Public Policy Program, Doug McArthur was Senior Fellow in Public Policy at the University of British Columbia.  He taught public policy theory and process, forest and resources policy and aboriginal policy at UBC.  He was also engaged in a research program encompassing these fields, and has presented and published a number of papers related to them.  He continues research and writing in similar and related fields at Simon Fraser University. 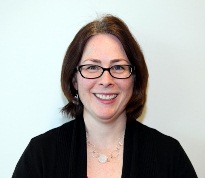 Anna Mathewson has a Master’s degree in Resource Management from SFU with a focus on sustainable community development, and is a Member of the Canadian Institute of Planners (MCIP).  She worked for several years in the BC treaty process, including as senior advisor to the BC Treaty Commission monitoring the negotiation process and mediating disputes.  From 2002 to 2007, Anna managed the Fraser River Estuary Management Program (FREMP) and Burrard Inlet Environmental Action Program (BIEAP), two intergovernmental partnership programs focused on environmental management.  Since April 2009, she has been Manager of Sustainability for the City of Surrey, working within the Office of the City Manager, where her role is to be a catalyst for sustainability within the City corporately and the community more broadly. 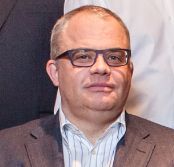 Dave Schick has been a Chevron Canada employee for 24 years in a variety of government relations, marketing, systems development, and planning and finance roles.  In his current role as Policy Advisor, Dave has responsibility for government and industry relations focused on policy development. A key part of his role is to ensure corporate compliance with federal and provincial climate policies that impact Chevron’s Burnaby refinery.

Dave’s recent activities include development of Chevron’s renewable fuels supply chain and the subsequent approach to complying with BC’s Climate Action Plan.  Other responsibilities include industry product stewardship, federal climate policy and adoption of new fuel specifications.  He has served as chair of the BC Used Oil Management Association for 9 years.  He holds degrees in economics and sociology from the University of Victoria. 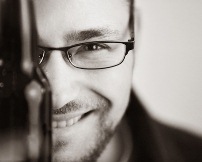 Brian Zeiler-Kligman joined Canada’s National Brewers in 2011 as their inaugural Director, Sustainability.  In this role, Brian drives regulatory and policy initiatives related to industry sustainability, including container recovery and management, across multiple jurisdictions.  Brian also works with related companies, The Beer Store in Ontario and Brewers Distributors Limited in Western Canada, to manage and implement logistical, operational and financial aspects of sustainability initiatives.

Prior to Canada’s National Brewers, Brian led the policy work of the Toronto Board of Trade, the international policy work of the Canadian Chamber of Commerce and worked in a number of regulatory practice areas at a large national law firm.  Brian is also a part-time faculty member at York University, teaching international business, with academic publications relating to international trade, investment and social policy issues.