About the Wilson School of Design

The Wilson School of Design is the only 7-program multidisciplinary design school in Canada.

More information about the school can be found at kpu.ca/design or by contacting Gabrielle Durning, Communications & Events Coordinator at gabrielle.durning@kpu.ca. 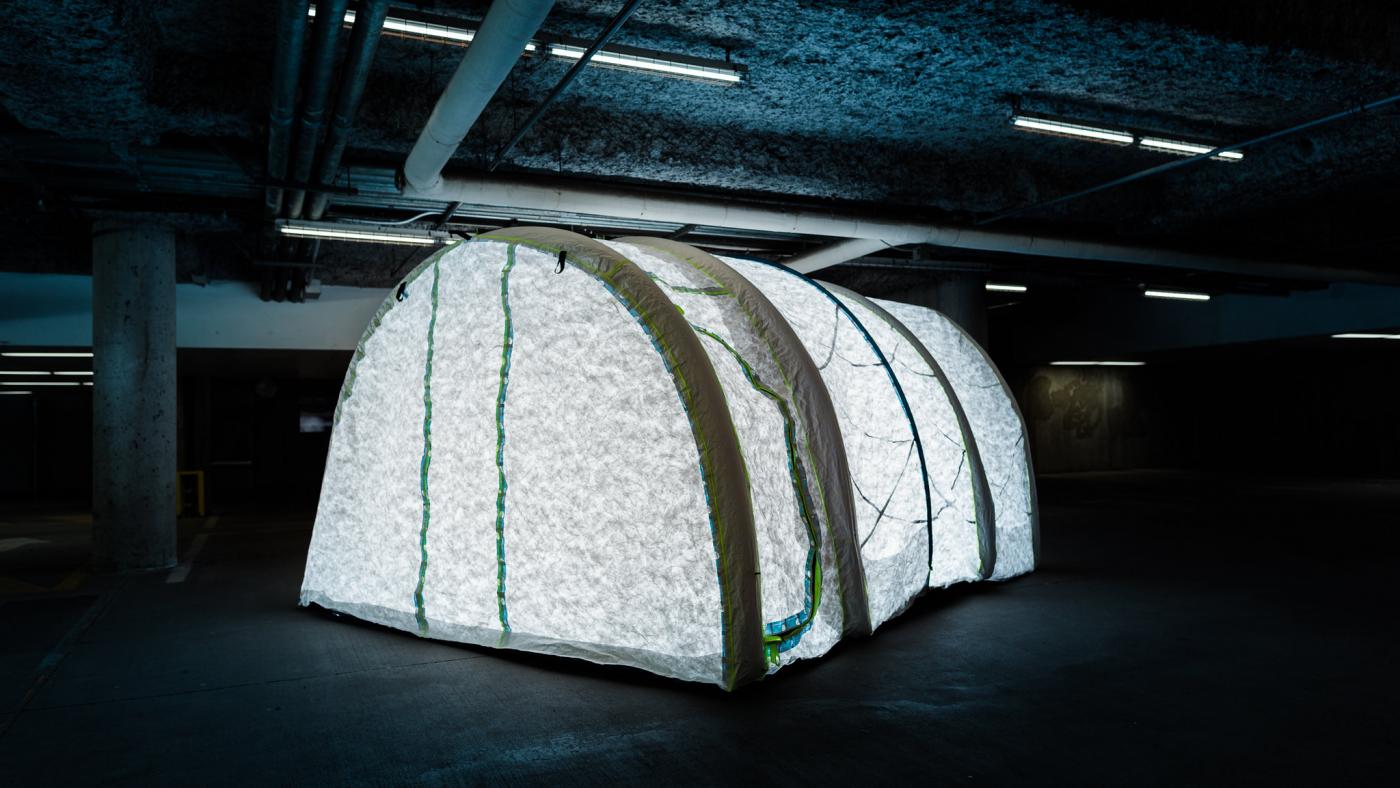 Students and instructors from the Wilson School of Design at Kwantlen Polytechnic University have created a special shelter for astronauts to prepare for future missions to the Moon and Mars.

ECHO, otherwise known as Extreme Cave Habitat One, is the product of Wilson School of Design instructors Stephanie Phillips, Lindsay Norris, Sue Fairburn and their students. They were invited to create the structure by EuroMoonMars, a collective of organizations including the European Space Agency.

EuroMoonMars has identified lava tubes – a hollow tube that can form in the right conditions when lava cools following a volcanic eruption – as providing ideal protection for astronauts engaged in planetary exploration. Iceland has similar lava tubes and the challenge set by CHILL-ICE (Construction of a Habitat Inside a Lunar-analogue Lava-tube | Iceland Campaign of EuroMoonMars) is to design and prototype a full-scale portable space, called a habitat, that a crew of three could set up as their main living and working space for a series of two consecutive test missions. 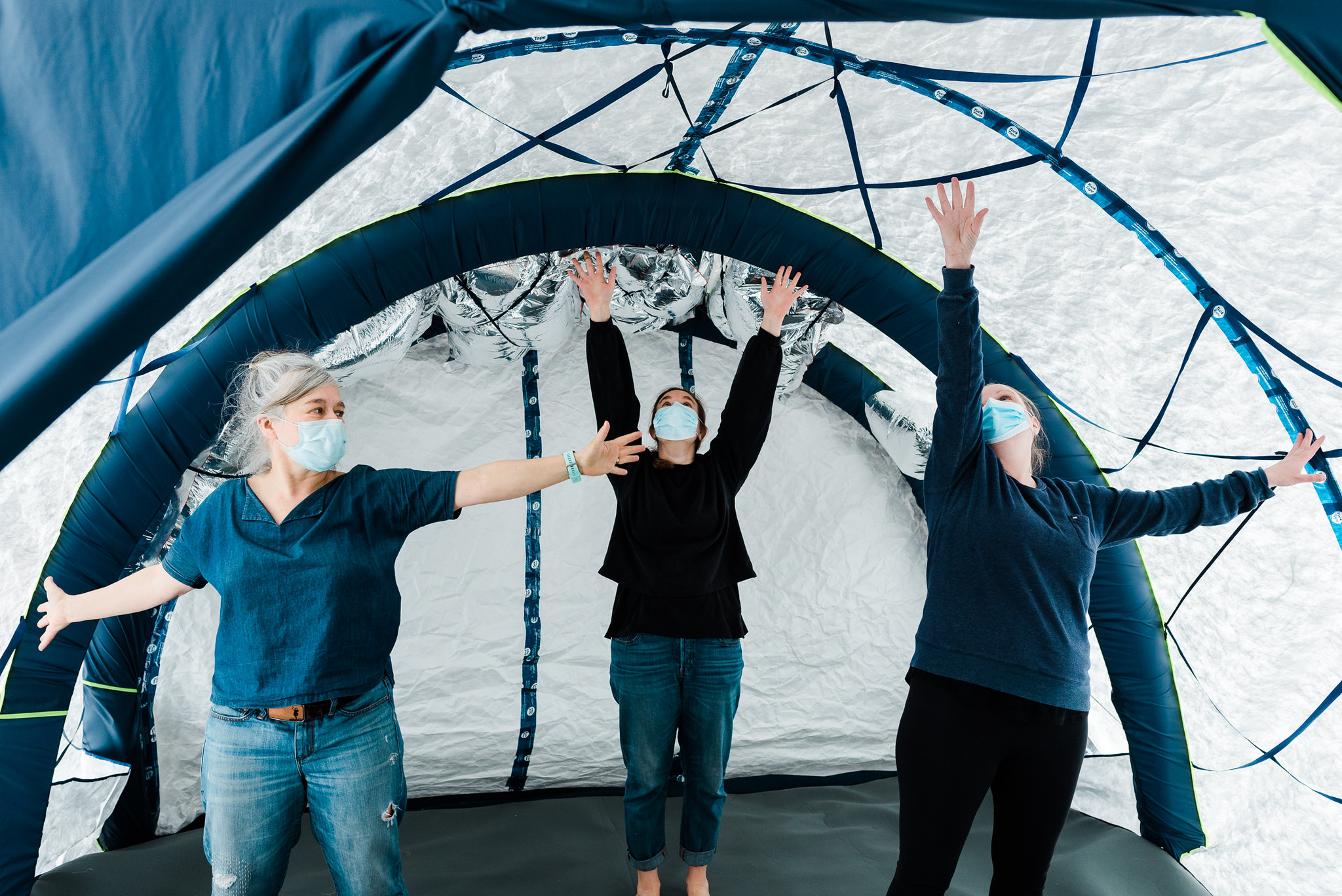 A team of ten third-year students had seven weeks to work on the project, designing and constructing two full-scale concept prototypes that they presented remotely to the CHILL-ICE team. Faculty designers then spent the last four weeks developing a third concept prototype that built on the work by the student team.

“We didn't sleep much,” says student Bailee van Rikxoort, the project manager. “We were the first ones at school and the last ones to leave, and we continued to work on the project once the school closed at night.”

The students had to do their research to understand what they needed for the ECHO. The habitat is barrel-vaulted, with a single side door. It offers approximately 40 cubic metres of living space to accommodate comfortably the crew while they work, test samples, communicate, relax, cook, eat and sleep. 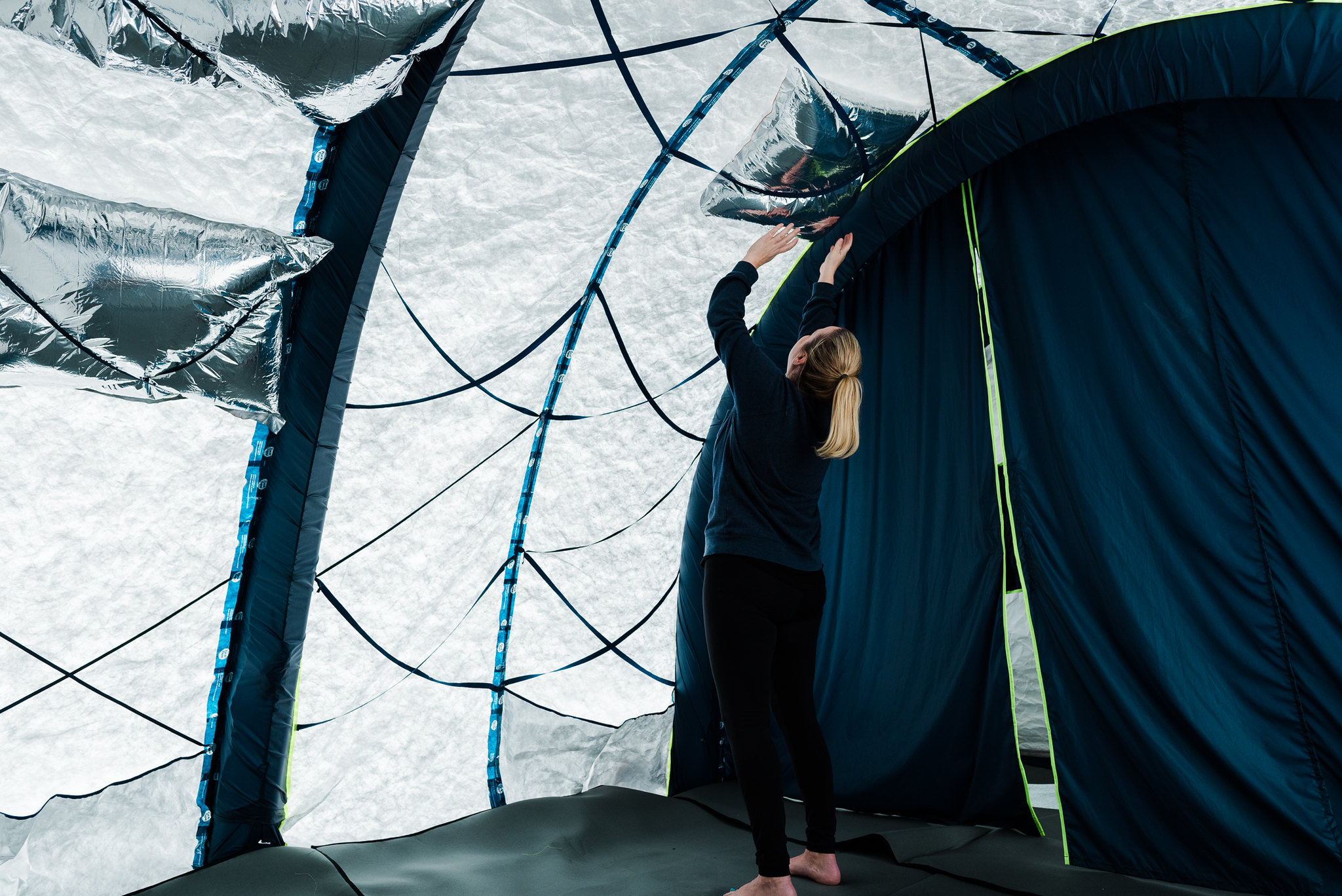 The habitat had to:

Weighing less than 30 kilograms, the ECHO uses inflatable supports and shock-corded poles for structure and is also deployable in just two hours. The habitat skin is constructed of Tyvek building membrane, a material chosen for being lightweight and economical. Outdoor equipment companies Mustang Survival and MEC contributed specialty material, while design companies, such as Thin Red Line, contributed their expertise in design, technologies, materials and construction. 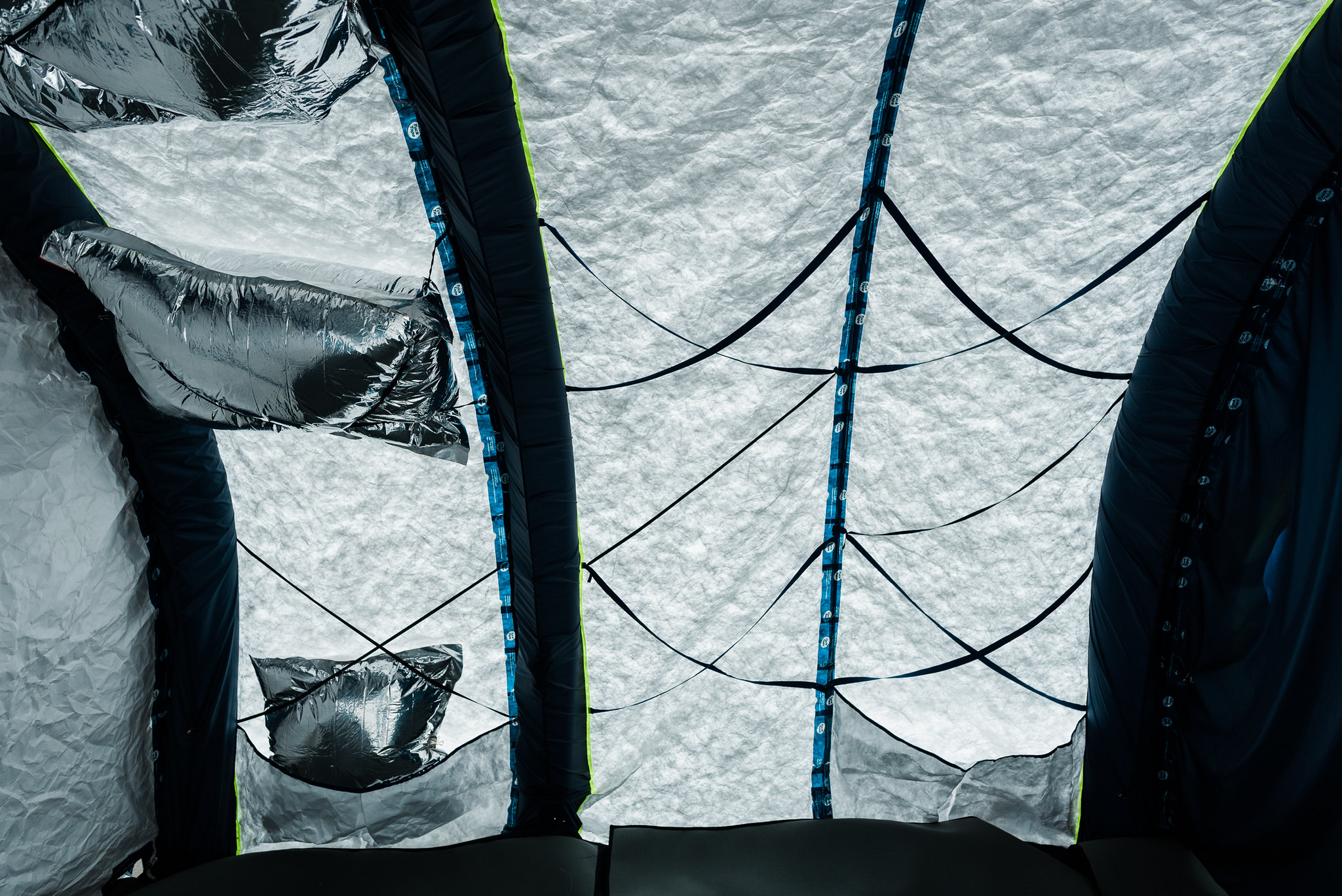 “This project challenged many of us in both interpersonal and design thinking skills,” says student Marie-Pier Alary. “This project allowed me to understand that failure is almost more valuable than success. We learned so much about inflatables and, by learning what did not work for our habitat, we got to understand it even better.”

Research included chatting with scientists to understand what they need and the environment they are working in, along with watching the movie Martian for inspiration.

“Students at the Wilson School of Design consistently have unique opportunities to collaborate with industry leaders, to develop hands-on solutions using real-world challenges,” says Fairburn. “This project was an incredible opportunity for our Product Design students to work on an international scale.”

ECHO will be tested in Iceland in late July and early August, after which the Wilson School of Design team will receive feedback and maybe even to design a habitat for a similar mission in Hawaii later this year.

The project will feature in a paper presented at the Lunar and Planetary Institute’s “Workshop on Terrestrial Analogs for Planetary Exploration” later this month. In October, ECHO will be presented at the 2021 International Astronautical Conference in Dubai.

As of today on July 30th, Crew Luna from EuroMoonMars has embarked on their two week mission into a lavatube in Iceland. We are so glad to have played a part in this exciting initiative, and we look forward to seeing the monumental discoveries they will make in their data collection and research! Good luck to the whole team! Follow the crew's journey on Instagram at @euromoonmars. 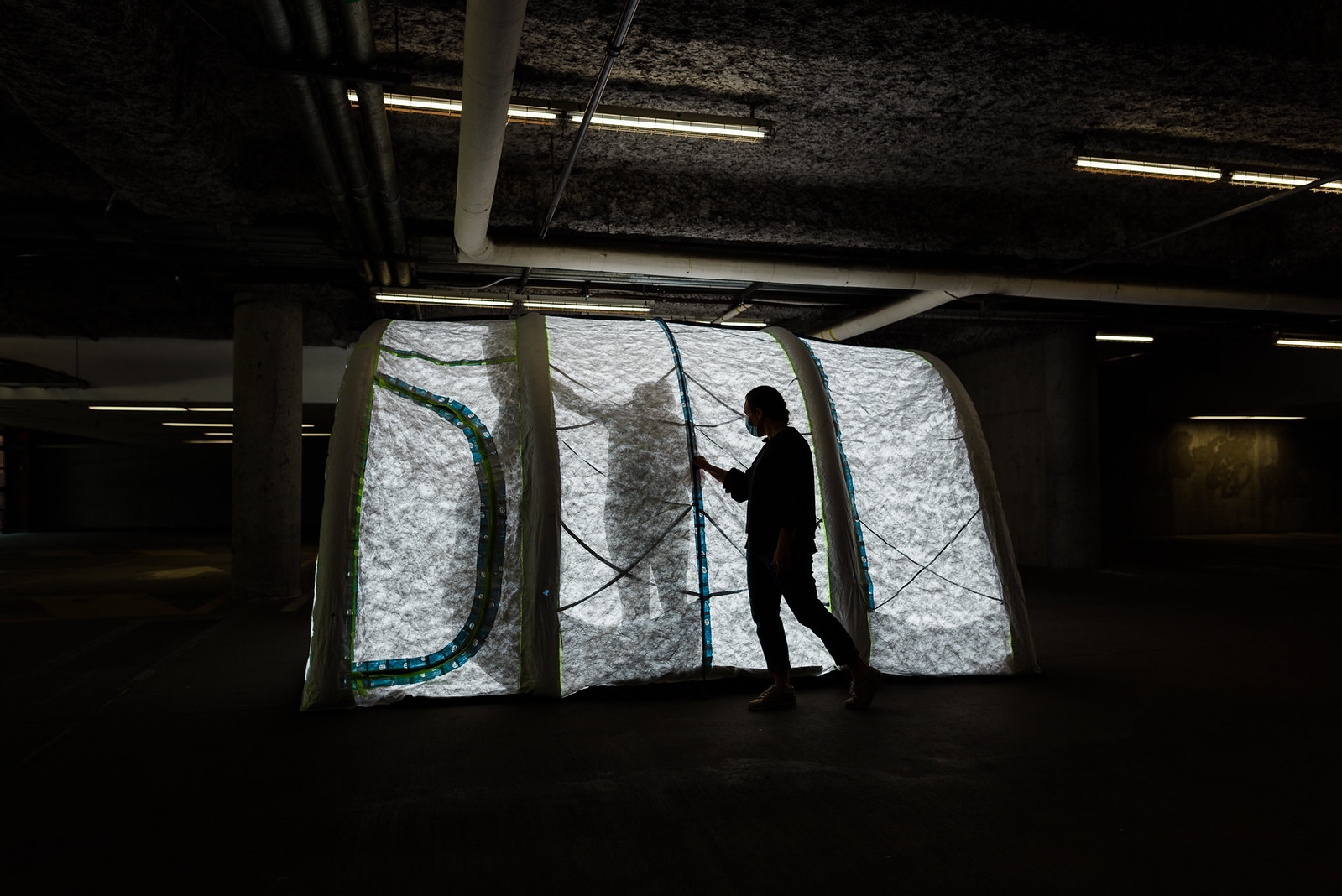