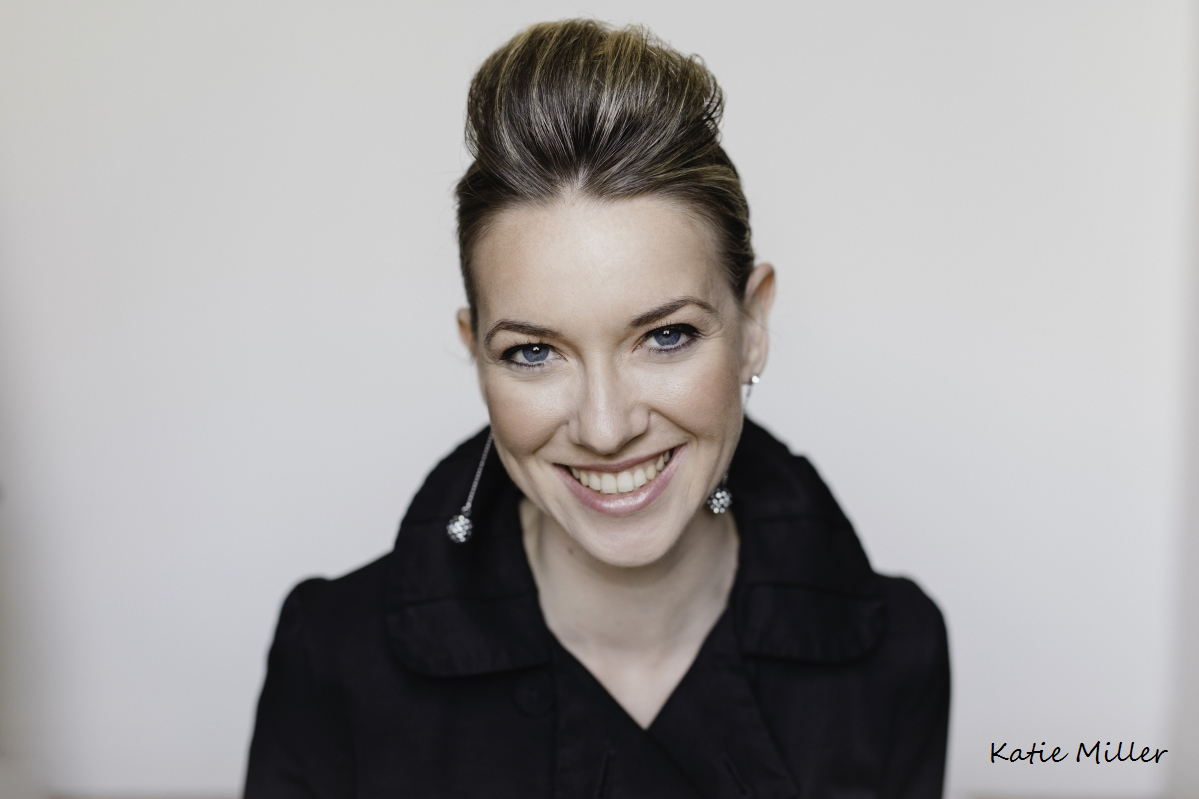 Katie performed piano, ukulele, and singing throughout her youth and discovered opera with voice teacher Dale Throness at Kwantlen Polytechnic University in 2008, while studying her diploma of music in piano. In 2010 she began to study opera performance at the University of British Columbia, completing her bachelor’s and master’s degrees in 2013 and 2015, respectively.

With the UBC opera ensemble, Katie performed the roles of Dorabella in Mozart's Cosi fan tutte, Cherubino in Le Nozze di Figaro, Nicklausse in Offenbach's Les Contes d'Hoffmann and Dawn in Stephen Chatman's Choir Practice, as well as alto solos in Mahler's Symphony no. 2, and Vaughan Williams' Serenade to Music with the UBC symphony orchestra.  In August 2013 Katie won first place in the vocal category at the Canadian National Music festival in Waterloo, Ontario, and in November she obtained a young artist's encouragement award at the Metropolitan Opera Western Canadian District Auditions. In the summer of 2014, while studying at the International Summer Academy in Salzburg, Austria, Katie obtained second prize in the program's Richard Strauss Wettbewerb.

Post-graduation, Katie has performed with Opera Guadalajara, Mexico, Vancouver Island Opera and with the Kamloops Symphony Orchestra. In 2015, Katie secured future engagements in Japan and France for the 2016/2017 season, through the Jeunes Ambassadeurs competition in Montreal, QC. Katie is in her second season with the Atelier Lyrique de L'Opera de Montreal. Having performed the alto solo in Handel's Messiah, Amahl in Menotti's Amahl and the Night Visitors, and Mercedes in Bizet's Carmen in her first season, in the 2017/18 season she will perform the alto solos in Mass in c minor and Requiem, both by Mozart, Missa Solemnis by Beethoven and the role of Stephano in Romeo et Juliette with l'Opera de Montreal.  Katie also teaches piano and voice and performs a variety of self-accompanied pop music on piano and guitar, including mariachi.