Pooni Sisters powerful story to be shown at KPU

Pooni Sisters powerful story to be shown at KPU 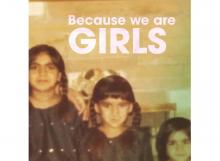 A powerful documentary that follows the cultural and court case experiences of three Indo-Canadian sisters who were sexually abused will be screened at Kwantlen Polytechnic University.

The film, Because We Are Girls, is about the three Pooni sisters. Jeeti, Kira and Salakshana Pooni grew up in Williams Lake, B.C. For two-and-a-half decades, the girls kept silent before they decided to come forward and pursue criminal charges.

“This is not just the story of us Pooni sisters. It’s our story, a story that touches every home in our community in some shape or form,” says Jeeti Pooni. “Keeping it silent, blaming and shaming victims, cultural attitudes and limiting beliefs perpetuate abuse. It’s time to educate ourselves and change our beliefs that don’t serve us.”

KDocs, Metro Vancouver’s documentary film festival, will be screening it for a sold-out crowd.

“This film is an absolute good in the world – both difficult and beautiful – broaching the traumatic, even unbearable, dialogues that must happen around sexual abuse. And it does so by centring its victims and anyone who has ever felt alone, dismissed, obscured, silenced, or erased – by their family, their community, their legal system, their government,” says Janice Morris, KDocs Film Festival director.

Morris says the documentary is so powerful that KDocs will be bringing it back for its main film festival in 2020, the first time a film from KDoc’s Year-round Program will be coming back for the annual Film Festival.

Jeeti Pooni says if viewers can take one thing away from the film it’s to start a dialogue.

“Stand up and shine in your own truth whether you are believed or not.”

The documentary is produced by the National Film Board of Canada and directed by local filmmaker, Baljit Sangra. Sangra, along with the Pooni sisters, will be at the screening on October 24.

Although this screening for 200 people is sold out, with 100 more in the waitlist, BWAG will be back at the KDocs Film Festival from February 20 – 23 at the Vancouver International Film Centre at Vancity Theatre, Vancouver.