Lilián Cazacu received the Distinguished Alumni Award. He came to Canada from Moldova in 2005 and graduated from KPU in Spring 2009. Cazacu had a law degree, master’s degree and a PhD in civil law. He had practiced as a lawyer and other legal-related jobs.

He did not speak English when he landed in Canada but going to KPU for the Legal Administrative Studies program three years later helped him with that.

“I was able to improve my English, since I took this program just after 3 years of landing in Canada, without speaking any English. So, I think graduating with distinction while you’re still learning English was a decent accomplishment,” he says. 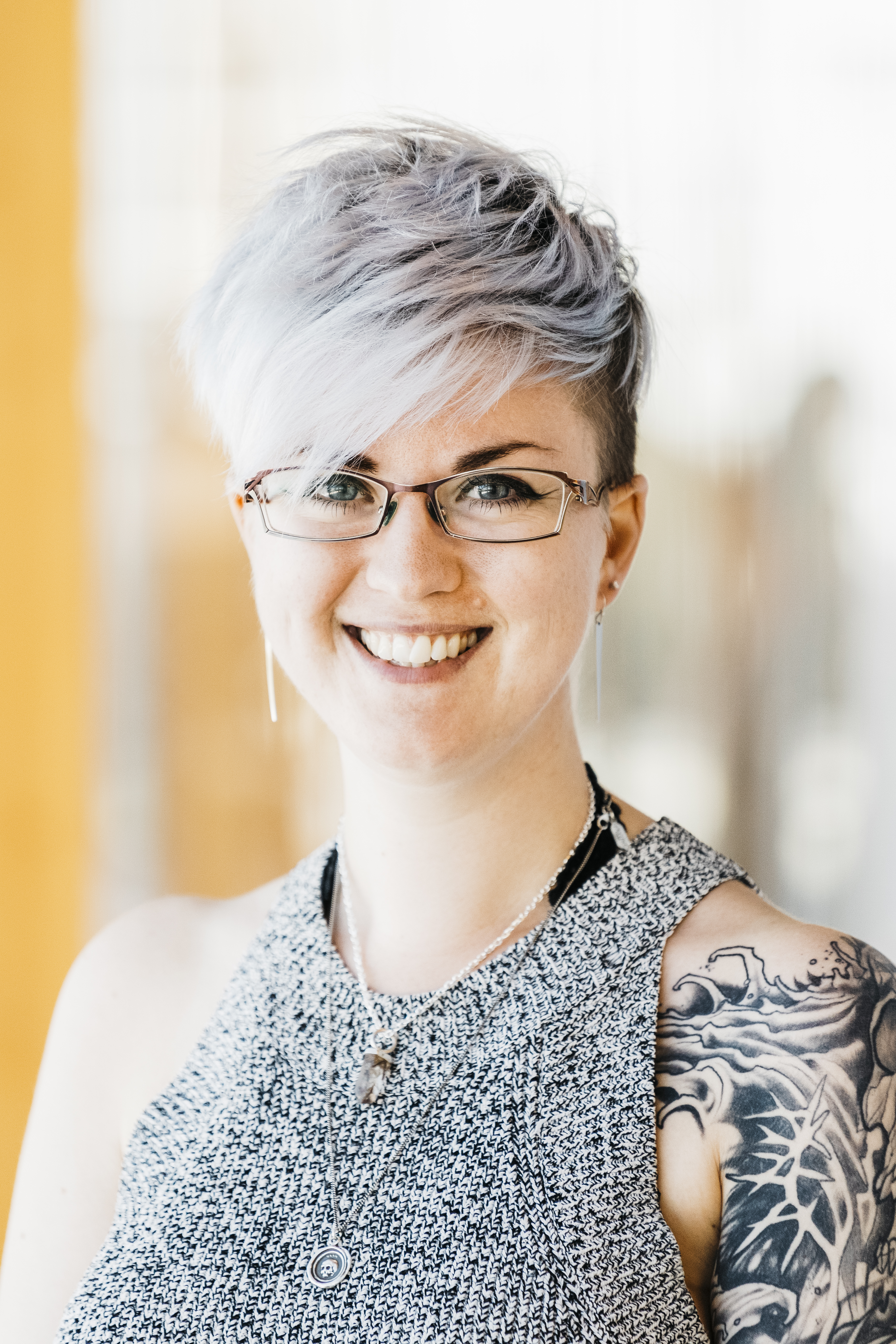 Cazacu says he was able to integrate faster into society because of his studies at KPU, including a leadership conference featuring prominent speaker Peter Legge, which inspired him to push harder and aim for higher goals.

He became a Notary Public in 2014 and started his own company, Lilián Cazacu Notary Corporation.

“Now, after five years in business, we’re seven people and the company keeps growing every year and being nominated and awarded various awards on the local and provincial levels.”

That includes 2018 Entrepreneur of the Year from the Langley Chamber of Business and many others.

The other award winner is now a staff member at KPU. Sam Stringer was a student in the Fashion and Technology program and graduated in 2016. She received the Outstanding Young Alumni award. She says she was drawn to KPU for the polytechnic aspect where her education was hands-on.

“KPU not only gave me the skills necessary to move into the industry right after graduation, but it set me up with connections throughout my program. The program had a major focus on industry experience and connections, and prepared us for real careers right out of school,” says Stringer.

She now works at KPU as a divisional lab coordinator at the Wilson School of Design. Stringer started working in the Fashion and Technology program three years ago before transitioning into the position.

She says one piece of advice she’d give all students is to stay connected to people you’ve met in university because it can help you in the industry.

“For some reason, I felt ashamed to ‘use my connections’, but that was the point of school! Building those relationships took time, and now is your time to use them! It is amazing the community that is waiting for you once you graduate, you will be amazed at how far spread it is.”

For more information about alumni at KPU, visit kpu.ca/alumni.