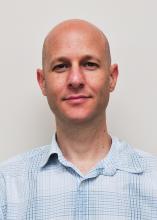 “I’m beginning to suspect that there’s nothing like it in the world and if that’s true – and I’m not aware of anyone doing it quite like this – then it’s going to be a real resource,” says Dr. Daniel Bernstein, a psychology instructor at KPU.

He is one of more than 2,200 Canada Research Chair grant recipients across the country. The grant, which provides $100,000 per year for research and Dr. Bernstein’s salary, is funding the Lifespan Cognition Lab study at KPU.

The Lifespan Cognition Lab is looking at many different pieces of psychology. One is perspective-taking, which is the ability to look beyond your own point of view.

Another piece is executive function, which Dr. Bernstein says has a lot of different parts like impulse control and updating. Updating is when someone is telling you something that you may not know much about and while you’re absorbing the information, you’re also thinking of questions to ask.

Dr. Bernstein says children must learn this while older adults have learned it but must also be able to continue doing this as they age, which can be difficult.

“If you go to the movie and you buy tickets and you don’t like the movie, most people will sit through the movie because they paid for it. Some people won’t because they don’t like it and they’ll walk out. The majority of people persist in this endeavour.”

As of now, there are only preliminary results.

The Lifespan Cognition Lab tracks people over time, up to eight years based on current funding. The study, which is now in year four, started thanks to the Canada Research Chair grant, then the Social Sciences and Humanities Research Council provided additional funding to support the work.

The funding meant Dr. Bernstein could spend 75 per cent of his time researching and the rest teaching. The study is also creating opportunities for students to gain experience as well.

“I’ve had some students come to my lab that were kind of lost here because they just didn’t know where to fit into class,” he says. “They found that research was what they were missing. A whole other world opens up for them.”

Other projects he’s working on include studies involving false memory, and studying children with fetal alcohol spectrum disorder (FASD) to help develop better resources for them.

As for the Lifespan study, he says it could go on for longer than the current eight-year timeline.

“I can see that project running a long time, as long as funders see the benefit in keeping it running.”