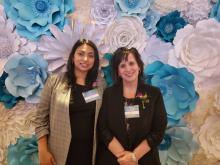 Janice Morris, KDocs Film Festival director and English instructor in KPU’s Faculty of Academic and Career Advancement, is nominated in the Arts and Culture category while Aisha Amijee, student recruitment coordinator and IDEA 1100 instructor is nominated for Community Champion category.

“In my previous life working in business and in the private sector I worked with the YWCA a lot and so I’m familiar with those awards and how they’re regarded so to even have my name mentioned in the same sentence is such an honour,” says Morris.

She says the calibre of women nominated in all categories left her in awe. And for her, it’s not about being nominated but to acknowledge the type of recognition KDocs has been garnering in the last couple of years.

“This past festival we continued the upward trajectory of success. Every year we grow significantly not just with attendance but also exhibitors and speakers and depth of what we’re able to offer.” 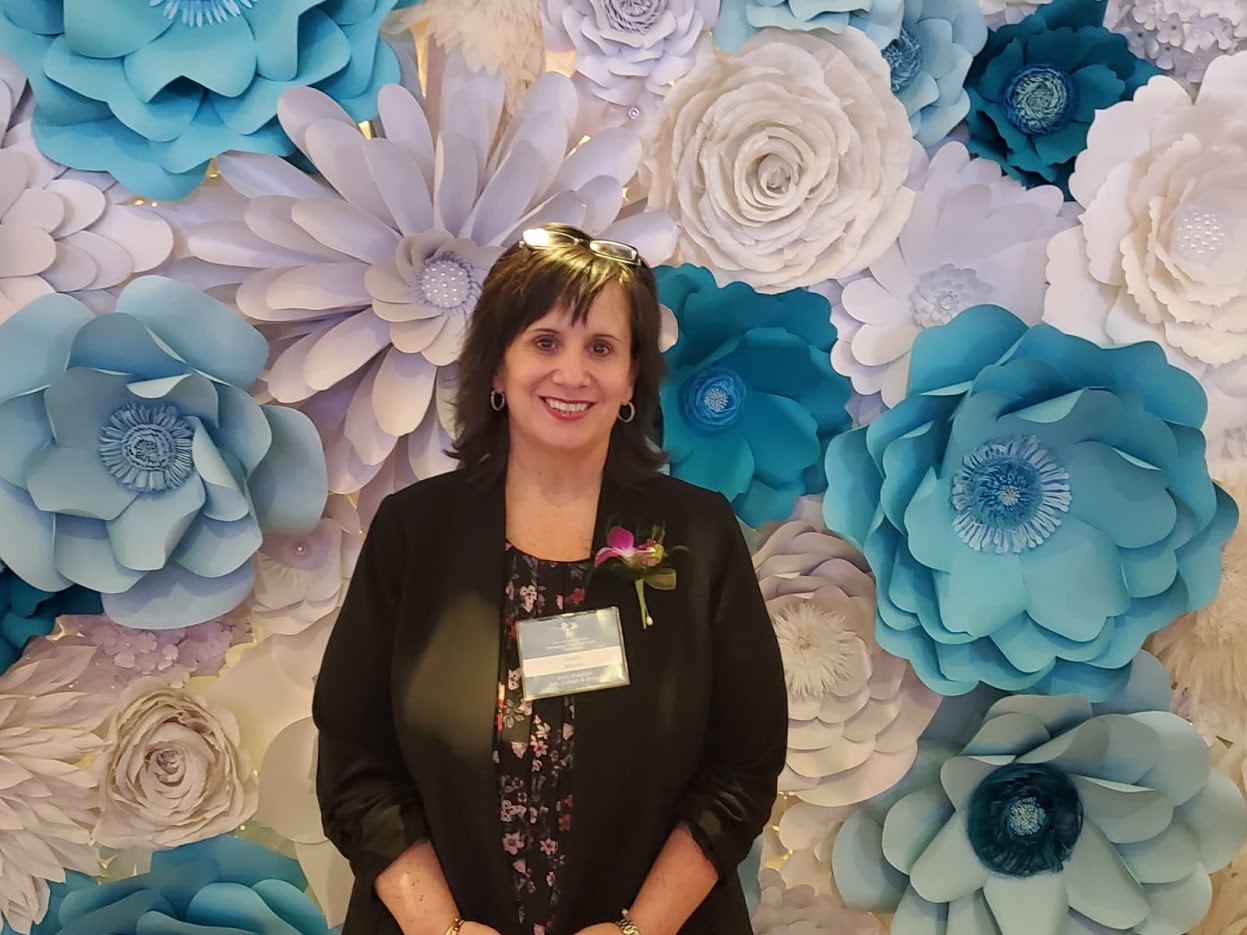 KDocs started as a film night back in 2012 to engage students at KPU. This stemmed from a task force that was tackling student engagement amongst first-year students.

In 2014, the film night was rebranded to KDocs and launched as a one-day festival. Over the next little while, the festival doubled in size every year.

This year’s festival exceeded all of Morris’s goals and expectations; from attendance to panelists to recognition from Canada and beyond.

“My next goal is to have more KPU student engagement this year. Not just for attendance or volunteering but also having alumni on a panel for example.”

Morris is also hoping to establish a KDocs Institute for Documentary Activism in the near future.

And similar to Morris, Amijee also started her work years ago to now be recognized for it.

“It’s very exciting to be nominated. When you work in the non-profit community sector you don’t always get appreciated so to have such a formal and grand gesture of appreciation from your community, from your peers it feels beautiful, it feels amazing,” says Amijee.

Amijee started working in the non-profit sector at the age of 19. She travelled abroad to Uganda and India to work in international development.

“It was great and there were a lot of failures but those failures made me realize that great community-building work can be done where you live. So, I really started to focus on Surrey where I was born and raised and where all three of my children are born.” 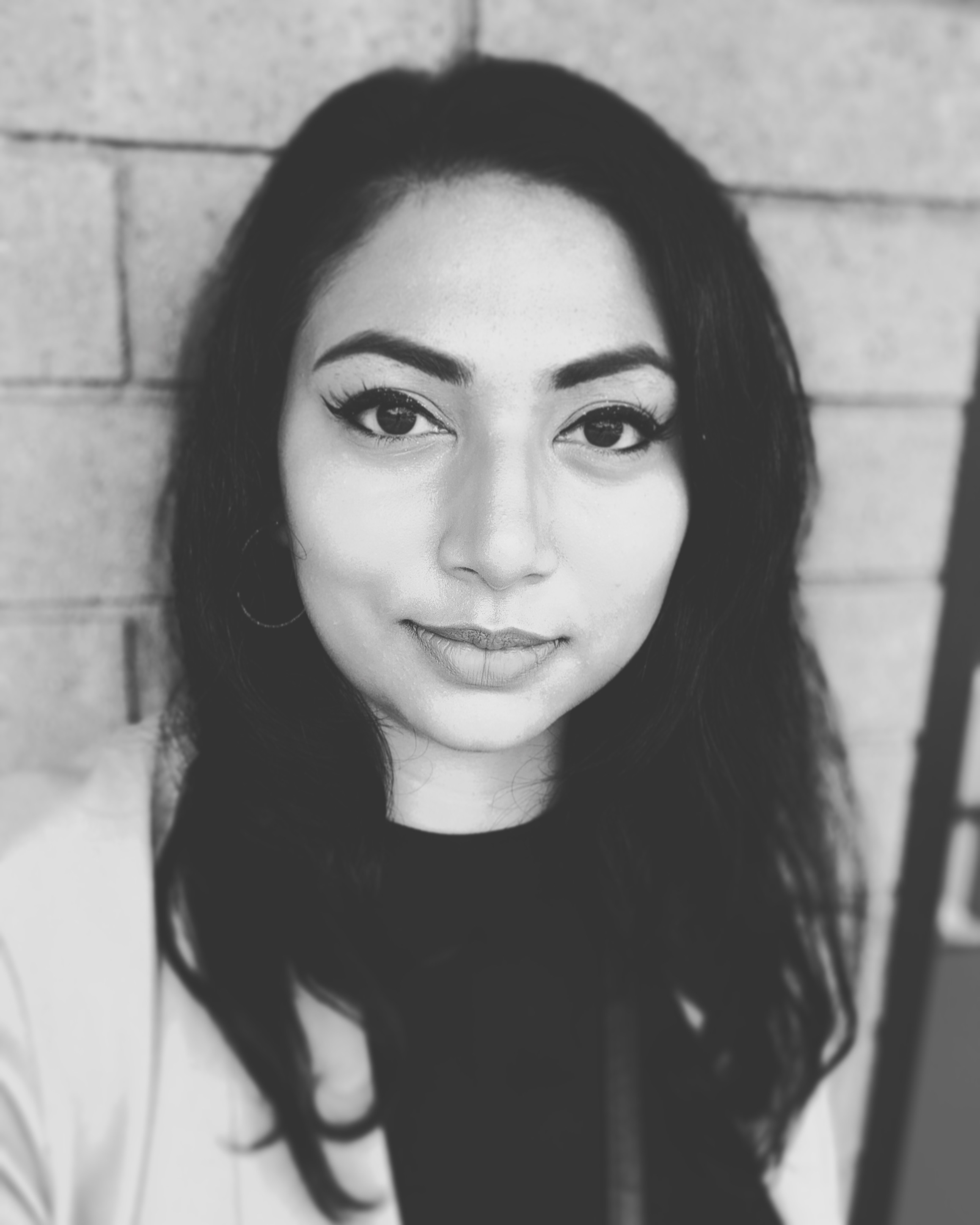 She started working at KPU 10 years ago. Her first project was the Digital Lens Project in the Visual Media Workshop at KPU. The project worked with high schools in the area to showcase how Surrey youth are portrayed in the media.

“I noticed working in Newton, we have an extremely large if not the largest Muslim student population here if not in B.C., especially Somalian, Pakistani and Syrian background. One thing that I noticed they all had in common while they were sharing in class is that they were experiencing alarming rates if Islamophobia.”

That is where Voices of Muslim Women was born. It is a digital storytelling workshop for Muslim women. The class is diverse with women from all different ages – 14 to 72 years of age along with different ethnicities and religious sects.

Amijee says one aspect of this community work was to bring people together in safe spaces where they could share. Another was to challenge the stereotypes that the media portrayed about Muslim women.

“You generally think oppressed, uneducated, silent. It’s frustrating when that’s not your reality and it’s not the reality for a lot of Muslim women. So for us to take back that narrative, take back that lens and create all these programs about mentorship and leadership and host these conferences, it celebrates who we are.”

To add to all that she’s juggling right now, Amijee is launching a podcast titled How She Leads.

“It’s important to see women of colour in powerful positions and leadership roles. It’s important for our younger generations to see us in these roles.”

The awards will be presented on May 11, 2020. The full list of categories and nominees can be found here.