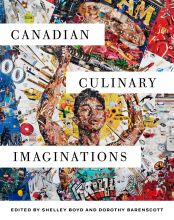 Two Kwantlen Polytechnic University researchers are releasing a book that sparks conversation about food, Canada and cultural identity. Dr. Shelley Boyd and Dr. Dorothy Barenscott are the editors of Canadian Culinary Imaginations, a collection of essays, interviews and art by contributors from across Canada.

“It’s a book that attempts to use food to have difficult conversations about what it is to be Canadian,” says Barenscott, an art historian and fine arts instructor at KPU.

The editors say we need to challenge our assumptions about food. They delve into taboos in the conduit of food – what does food mean in terms of identity or sexuality, what does it mean to be a hybrid Canadian eating food that may smell or look different, how does food become political as we see with fishing disputes, or the home baking trend that emerged during the early days of COVID-19.

“I think we need to start thinking more critically and politically about food, both personally, and within family, region, nation. And when you step back and look at it you see how it shapes your perceptions of the world not just physically but the way you think and interact with people,” says Boyd, associate dean in the Faculty of Arts at KPU.

Boyd had been researching and working with a team of researchers looking at food in Canadian literature. In 2015, Boyd decided to do a project with her students to set a dinner party exhibition in the KPU library. The project showcased student artwork based on Canadian literature. This aligned with Barenscott’s interdisciplinary research interests. What resulted in the following year was poetry that students were reading in Boyd’s class was given to fine art students in Barenscott’s and other fine arts instructors’ classes. The fine arts students created art and art history projects based on poetry, and the English students interpreted both the poetry and responded to the art projects.

The interdisciplinary work was included in a symposium and art exhibition in 2016 exploring the topic of food and the Canadian imagination. This was the beginning of the book.

Some contributors from the event were included in Canadian Culinary Imaginations, including KPU Fine Arts alumnus Jay Cabalu, who also describes his relationship with Spam in his culture. Cabalu has created the art that was selected for the book’s cover.

The authors say the book also incorporates strong Indigenous elements including Inuk photographer Barry Pottle, who while living in Ottawa explored how to acquire traditional food like seal meat in Southern Ontario.

“We have discussions about Indigenous food that takes place in an urban locale, in country food, this idea that there is this diversity and understanding of Indigenous food and culture,” says Barenscott.

Published by McGill-Queen’s University Press, the book is funded in part by KPU, the Faculty of Arts Excellence and Advancement Fund, and the Federation for the Humanities and Social Sciences – Awards to Scholarly Publications Program.

Canadian Culinary Imaginations will launch virtually November 2, from 4 – 5 pm. Register by emailing ArtsEvents@kpu.ca. The book is available at most major book retailers. 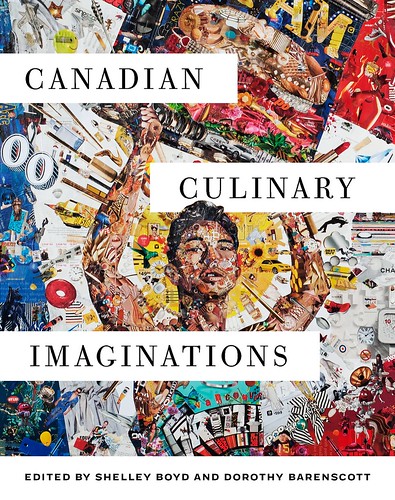