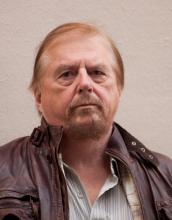 Historian and journalist Gwynne Dyer is coming to Kwantlen Polytechnic University (KPU) with two global topics on his mind. Both have put the planet in grave danger.

The author of seven books will speak at KPU’s Surrey campus Jan. 18 as part of the President’s Dialogue Series. Started by KPU President Dr. Alan Davis, the series welcomes speakers who are leaders in the private and public sectors, both locally and globally.

After interviewing more than 50 climate scientists, Dyer concludes it’s too late to avoid the major loss climate change will bring, but civilization can probably still be saved through discipline and technology.

“We are guilty of no crime but we have put ourselves in grave danger, and it’s up to us to find a way through it,” says Dyer, who has written two books on the topic and has a TV series in production.

It won’t be a clean getaway, however, even if the world cuts greenhouse gas emissions to zero by 2050. The preceding century of high emissions won’t just go away.

“People imagine that if you stop emitting carbon dioxide we’ll go back to the good old days. We won’t. It’ll still be in the air. Whatever temperature you stop it at is the temperature you’re stuck at.”

If global temperatures are two degrees above average by 2050, that’s where temperatures will stay until the long and expensive task of removing carbon dioxide from the atmosphere is complete – maybe by the early 2100s.

That’s if we’re lucky, says Dyer. Natural sources of emissions triggered by the warming we have caused might drive temperatures higher still. Those can’t be turned off except by artificially cooling the entire planet.

If societies are collapsing from the impacts of rising temperatures – crop failures, wildfires, storms, mass migrations – that process of geoengineering will be our only recourse, says Dyer. 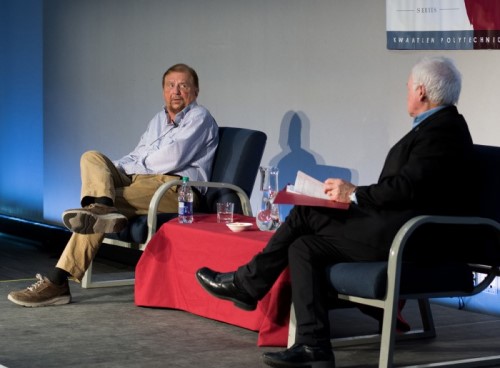 “We are at the point now it is no longer safe to assume we are going to get through this just by cutting our emissions,” he says.

Restoring the earth’s natural systems and climate isn’t a quick fix. Nor is restoring peace in Ukraine.

Dyer, a military historian who has also served in three navies, says the conflict is proving we haven’t escaped the deadly cycle of wars.

But the war is also a demonstration of restraint. Both sides have nuclear weapons, but neither have used them.

“We have made some progress, alas all the bad possibilities are still there, but we are holding them at bay.”

KPU’s president says these global problems have ramifications for the entire world, and Dyer is showing us a path forward.

“KPU is where thought meets action. Gwynne Dyer is reminding us of the facts of climate change and suggesting ways to deal with it, and thus help us understand how KPU can contribute through teaching and research,” says Dr. Alan Davis.

The President’s Dialogue with Gwynne Dyer is open to the public and will be held Wednesday, Jan. 18 in the Spruce Atrium at KPU’s Surrey campus. Doors open at 9:30 a.m. The dialogue, which includes a question-and-answer period with the audience, runs from 10 a.m. to noon. Admission is free, but guests are asked to register in advance.