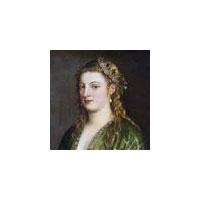 Dana Cserepes has been teaching Art History at KPU for quite some time. Her area of interest is the Italian Renaissance, with a special preference for Venetian painting of that period. She has degrees from Queen’s University and the University of Toronto. In May of 2012 she presented a paper entitled “Which Canadian Landscape” at the 16th Biennial Conference of the Association of Canadian Studies in Ireland in Dublin. She was a panellist for “Strip Malls and Two-story Houses: How We Define the Suburbs” which was part of the Under-City: Writing The Suburban World Symposium at KPU in September of 2012. She has delivered public talks at the Vancouver Art Gallery and Surrey Art Gallery on a wide variety of topics. In October of 2013 she was finally able to gain access to the Palazzo Farnese and Annibale Carracci’s Loves of the God ceiling fresco. Housed in the French Embassy in Rome, this building and its art have been extremely difficult to view.

Since the summer of 2008 Dana has played an active role in KPU’s transition to a Polytechnic University. She has served on Senate as a faculty representative for the Faculty of Humanities and now for the Faculty of Arts. She has been Vice Chair of Senate since January of 2009.

When she has free time and is not happily ensconced in a museum or gallery, Dana can be found on the slopes or in a swimming pool.