ISFS is an applied research and extension unit at KPU that investigates and supports regional food systems as key elements of sustainable communities. We focus predominantly on British Columbia but also extend our programming to other regions.

Our applied research focuses on the potential of regional food systems in terms of agriculture and food, economics, community health, policy, and environmental integrity. Our extension programming provides information and support for farmers, communities, businesses, policy makers, and others. Community collaboration is central to our approach. 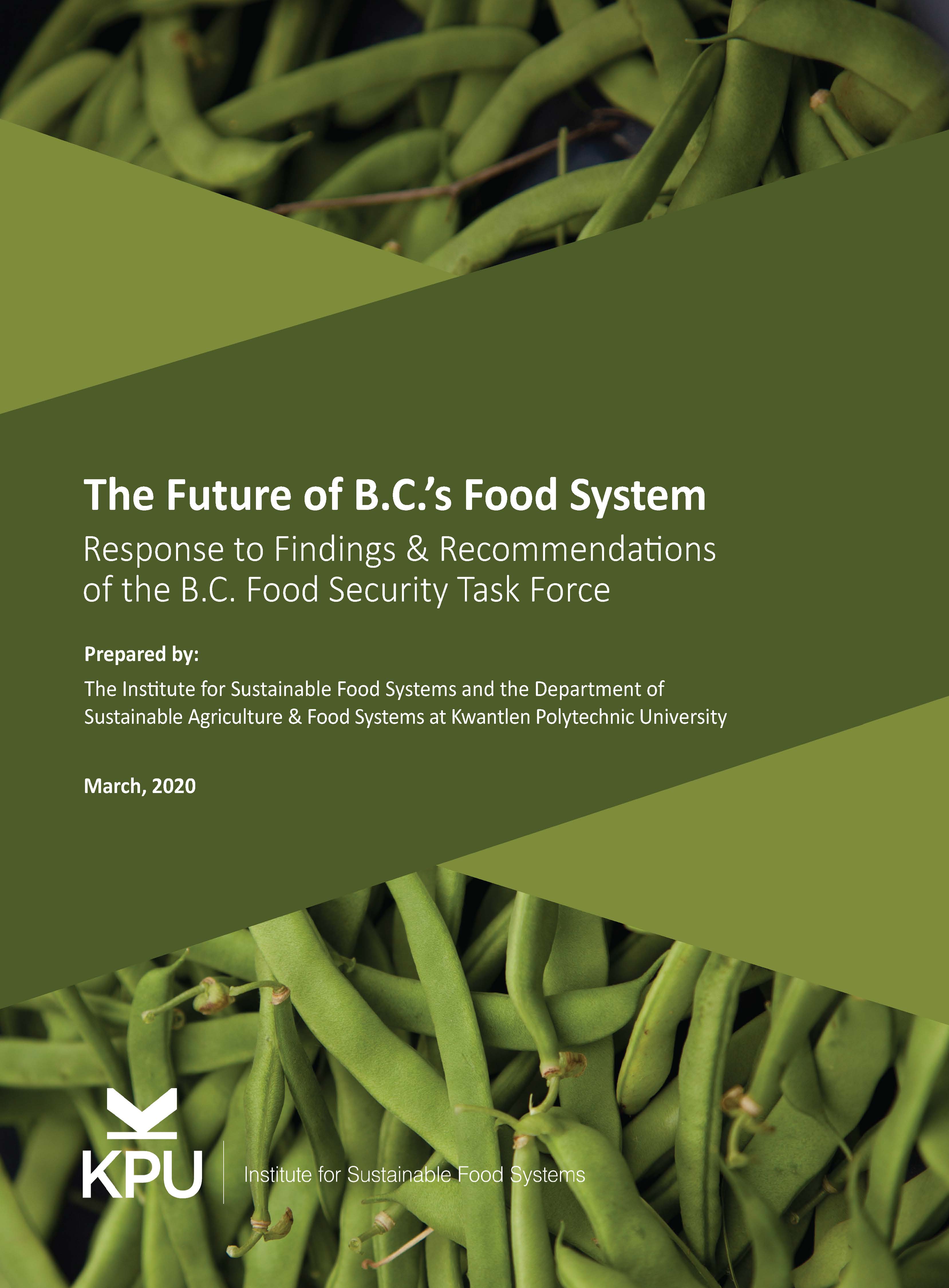 In July 2019, the province of British Columbia appointed the B.C. Food Security Task Force - based on a commitment made in the 2019 Throne Speech. The Task Force has a mandate to provide recommendations on how to apply agri-technologies (“agritech”) to enhance agricultural productivity, economic competitiveness and sustainability ; grow the emerging agritech sector in B.C. as a standalone economic sector ; and support the objectives of CleanBC through the adoption of technologies and practices that will help reduce greenhouse gas emissions and increase access to fresh, healthy food and stimulate local economic activity.

While we believe that technology has a role to play in the development of sustainable food systems, we also strongly believe that it should not be viewed as a silver bullet for the food system. In our

Response to the Findings and Recommendations of the BC Food Security Task Force, we present information that was overlooked in the report, as well as perspectives that call into question the extent to which agritech can, or should, be relied upon to contribute to, and shape our food system future in British Columbia.

BC Agriculture and Food Co-operatives Survey, 2019 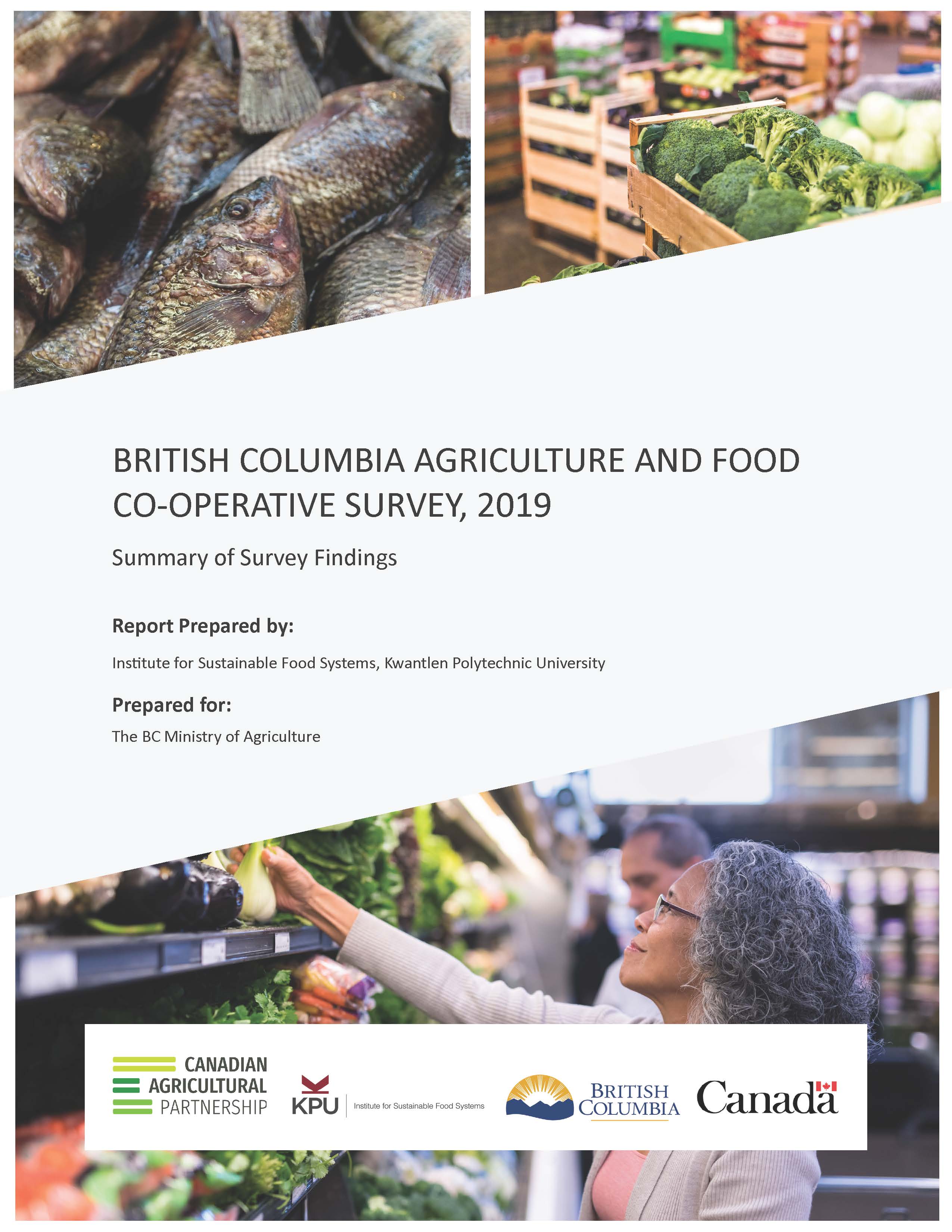 In partnership Ministry of Agriculture, the ISFS recently completed the 2019 BC Agriculture and Food Co-operatives Survey. Funding for this study was provided by the Canadian Agricultural Partnership. The project began in February 2019 and concluded in October 2019. The project involved creating a database of 72 contemporary agriculture and food cooperatives in BC. All 72 co-ops were contacted. 33 co-ops participated in the British Columbia Agriculture and Food Co-operative Survey, from which 15 co-ops participated in in-depth interviews.