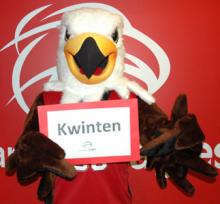 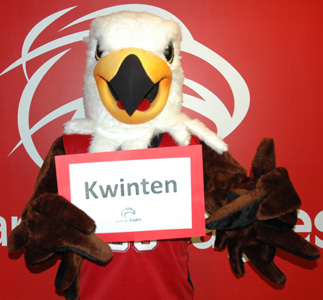 After a close final round of voting between Archie, Ernie, and Kwinten, Kwantlen's Department of Athletics and Recreation would like to introduce "Kwinten" as the official name of our Kwantlen Eagle Mascot.