Future scientists, health professionals and artists will have more opportunities for creative, hands-on learning with the opening of the refurbished Spruce building at Kwantlen Polytechnic University (KPU).

Renovations to the 3,500-square metre building and a 2,100-square-metre addition created space for an extra 300 students to study at KPU. The work was funded through $14.7 million and $7.3 million contributions from the provincial and federal governments respectively.

“Thanks to this investment by the provincial and federal governments, KPU is able to better support its students and meet the needs of growing sectors of the B.C. economy, including the scientific, creative and cultural sectors,” says KPU President Dr. Alan Davis.

Among the students using the refurbished building will be those taking the recently launched biology and health science bachelor degrees at KPU.

“I’m thankful I’m able to pursue a degree in biology here in my neighbourhood in Surrey, and to be able to learn in such a supportive space,” says Christina Jeyakumar, a student in the Faculty of Science and Horticulture.

In addition to new science labs, there are arts studios and a gallery space in the revamped building.

“The new studios in the Spruce building are spacious and flexible rooms that give more capacity for artists to work and collaborate in a way that will be really beneficial for our practice,” says arts student Alison Curtis. “Studying here at KPU will truly prepare me for the future.”

“The Spruce building is now one of the most innovative learning spaces in the province,” says Mark. 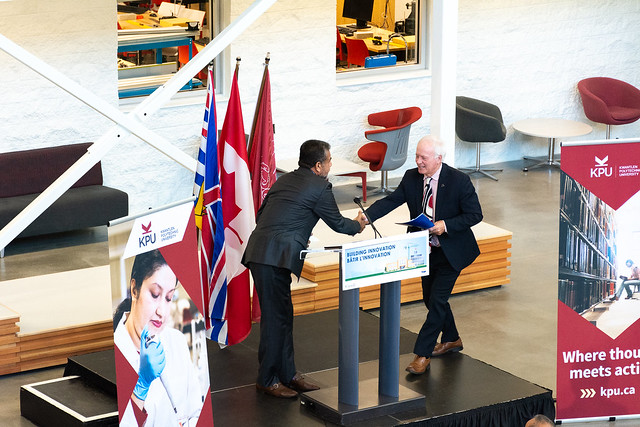