Thanks to the grant, the gang-prevention program will be implemented in four Sikh temples and a youth agency to foster protective character strengths in young people and their families. It will include a research-based activity course for youth and families to empower them to resist gang influences.

“While traditional risk factors such as poverty, dysfunctional family and poor school performance have guided many at-risk youth programs, it’s equally important that we consider protective factors,” says KPU psychology instructor Dr. Gira Bhatt. “Targeting prevention by nurturing and strengthening positive traits that steer youth away from life of crimes and violence will go a long way in gang prevention.”

Research lead by Dr. Bhatt and her KPU colleague Dr. Roger Tweed showed youth who had higher protective traits, such as gratitude, authenticity, forgiveness and trust, fought less over time. Those youth also had higher self-esteem and life satisfaction, which are protective traits. These same set of traits in at-risk youth who had been involved with the justice system were associated with less future contact with the police and fewer incidents of reoffending.

The Civil Forfeiture Office, in partnership with the Victim Services and Crime Prevention Division of the Ministry of Public Safety and Solicitor General, will distribute the grant.

Speaking at the MOSAIC Surrey Newcomers Centre, Mike Farnworth, Minister of Public Safety and Solicitor General, announced funding for the KPU-led project and other initiatives through the Crime Prevention and Remediation Grant program.

“Taking the proceeds of crime and putting them back into our communities to help prevent further crime is just one way to help make our neighbourhoods safer,” says Farnworth.

“This grant will allow KPU and its partners to continue the momentum of previous academic-community collaboration research led by Dr. Gira Bhatt and Dr. Roger Tweed that demonstrated the effectiveness of strength-based gang prevention programming for youth and families in our community,” says Dr. Salvador Ferreras, provost and vice president academic at KPU. “We look forward to working with our partners to translate this research knowledge into community action.” 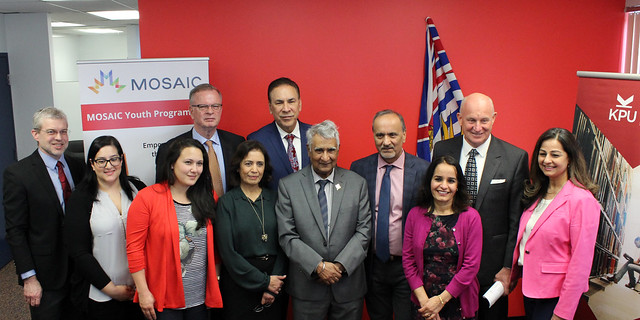