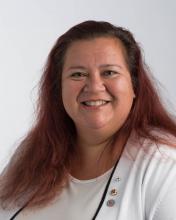 Kwantlen Polytechnic University (KPU) is honoured to welcome Kim Baird to the role of chancellor. Ms. Baird’s three-year term will begin on Oct. 5, 2020.

“KPU is honoured and excited to welcome Kim Baird as our third Chancellor,” said KPU President Alan Davis. “She is an accomplished leader, a great advocate for Indigenous people and their communities, and is widely recognized for her work. She is also a distinguished alumna of KPU. Her achievements will inspire and support our students and graduates in many ways.”

Baird is a Distinguished Alumna of KPU, an honour granted to her by the KPU Alumni Association. She graduated in 1992 with an Arts Diploma, and credits her studies at Kwantlen with awakening her political consciousness: “I was working on papers on my community of Tsawwassen. I learned about colonization, land claims process and why there are such poor economic conditions for Aboriginal peoples.”

She graduated with a determination to improve the lives of her people and started working for her community in 1990. In 1999, she was elected Chief of the Tsawwassen First Nation, and at just 28 years old, was the youngest woman to hold that position.

Kim is the proud mother of three young girls and her ancestral name is Kwuntiltunaat.

"I had a tough upbringing and odds were against me to finish high school, let alone attend a post-secondary institution,” said Baird. “I chose Kwantlen because of its smaller community-based campuses. Little did I know that this choice would lead me on an amazing career path, allowing me to make meaningful contributions to my community and Indigenous issues. I never dreamed that I could one day be the chancellor for an institution that changed my life.

“As chancellor, I hope to contribute to KPU's evolving role with Indigenous reconciliation in Canada."

Baird is the owner of Kim Baird Strategic Consulting. She advises First Nations, governments, businesses and other organizations on Indigenous matters. Her goal in her consulting practice is to improve the quality of life for Indigenous people through her services in relation to First Nation policy, governance, and economic development, as well as First Nation consultation, communication, and engagement issues.

Her leadership has been acknowledged and recognized in many ways, including:

She holds a number of board appointments, including:

“Kim is very highly regarded locally, provincially and nationally,” said Sandra Case, Chair of KPU’s Board of Governors. “We are so pleased that she will be KPU’s next Chancellor.”

Known for being a team-builder and a collaborator, Baird is committed to building capacity within her community and within other First Nations communities across B.C. and beyond.

"We are looking forward to the honour of having Kim Baird – a KPU Alumna – as the next chancellor of our university,” said David Dryden, Chair of the KPU Alumni Association board of directors. “The KPUAA is proud to have nominated Kim and we look forward to working together with her in the years to come. In addition, we would like to extend our greatest appreciation for the two successful terms of service provided by our outgoing Chancellor, George Melville."

Baird will become KPU’s third chancellor. Dr. George Melville has served two terms as Chancellor, and has been an outstanding ambassador for KPU throughout his six years of service.

“I cannot thank George Melville enough for all his contribution to KPU over the years,” said Davis. “As Chancellor he was a mentor and guide for many of us. His joy at meeting our graduates at every convocation was always obvious, and he helped KPU grow and thrive in many ways. As the recipient of an honorary degree from KPU, George remains a highly valued member of the KPU community.”

Due to the current COVID-19 restrictions on large gatherings, Baird’s installation as Chancellor will be a virtual event, scheduled for the week of Oct. 5, 2020. Details will be shared later this summer.