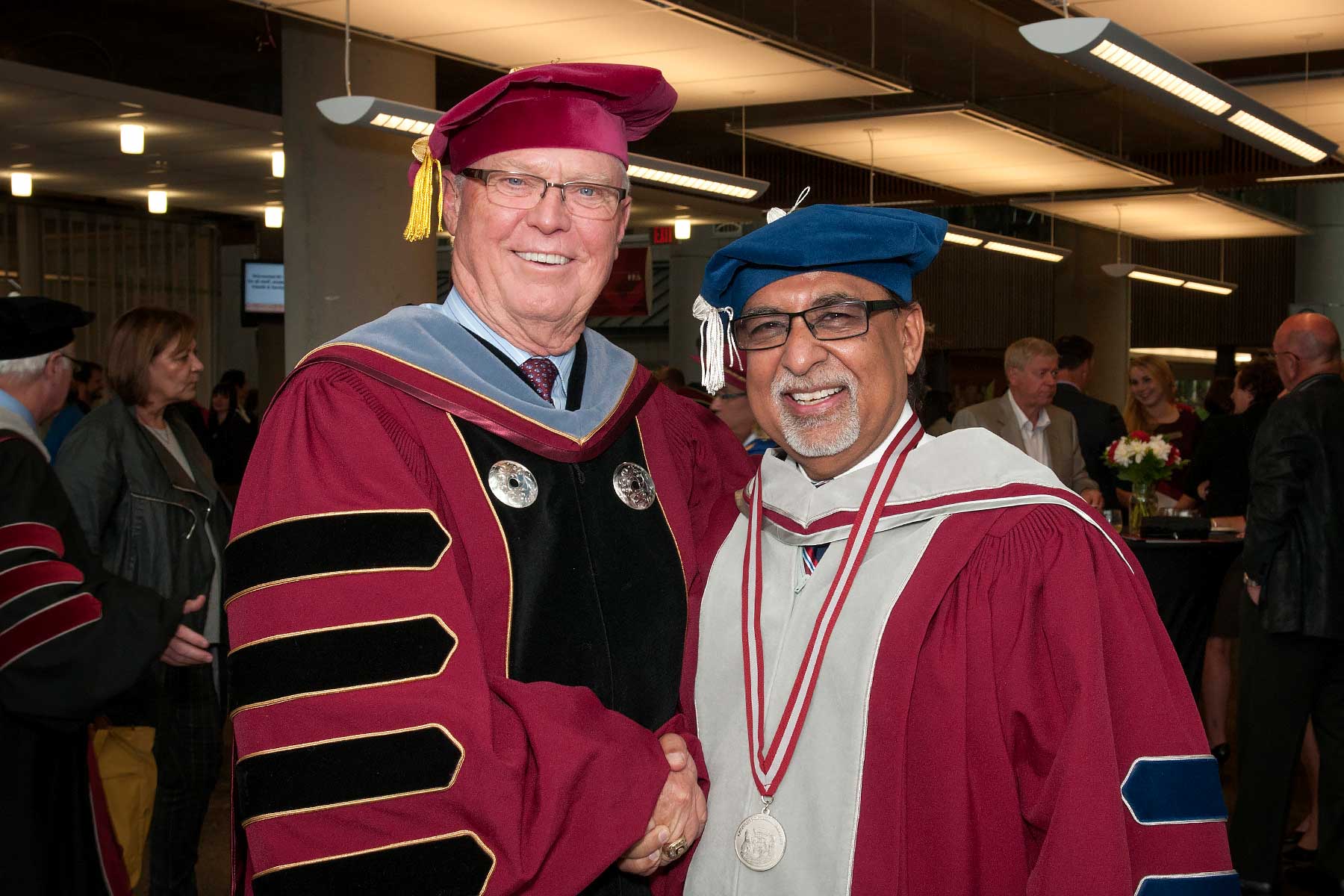 Arvinder Singh Bubber was KPU’s first chancellor. In this role, he served the university for two three-year terms, from October 2008 until October 2014. He presided over KPU’s first convocation ceremony as university, and has since graduated thousands of students, and awarded more than a dozen honorary degrees to exemplary scholars, philanthropists and leaders. This fall, he was awarded an honorary degree of his own from KPU in recognition of his tireless dedication to post-secondary access, and the success of students south of the Fraser.
Dr. Bubber grew up in the Punjab region of India, raised by parents with no higher than a Grade 10 education. He earned his bachelor of science degree from Panjab University in 1971, before immigrating to England where he became a chartered accountant (CA). He came to Canada in 1976, and to B.C. in 1991 where he opened his own accounting firm A.S. Bubber and Associates in Surrey.
Dr. Bubber credits his work as a CA with opening doors and providing opportunities to give back to others. While active with organizations such as the Fraser Health Authority, the Surrey Board of Trade and the Premier’s Asia Pacific Trade Council (vice-chair), he has often said education is his real passion.
In 2003, Bubber and other members of the South Asian community founded the SPARK Education Foundation – a partnership between SPARK, the Surrey School District and KPU aimed at providing encouragement, counselling, and academic and financial support to high school students faced with economic or cultural barriers to staying in school and pursuing post-secondary education.
His community spirit, vision and exceptional commitment in support of education have earned Dr. Bubber formal recognition from the Surrey School District. His work has also led to him being given a Fellow Chartered Accountant (FCA) designation from the Institute of Chartered Accountants of B.C. In 2014, he was appointed an honorary director of the Surrey Board of Trade, and named Business Person of the Year in 2010.
Dr. Bubber was appointed to the Kwantlen Polytechnic University Board of Governors in 2001, and chaired the board from 2002 to 2007. During his two terms as chancellor, he also served as a member of the Board of Governors, Senate and the KPU Foundation Board.