Home / Office of the Chancellor / About Kwantlen 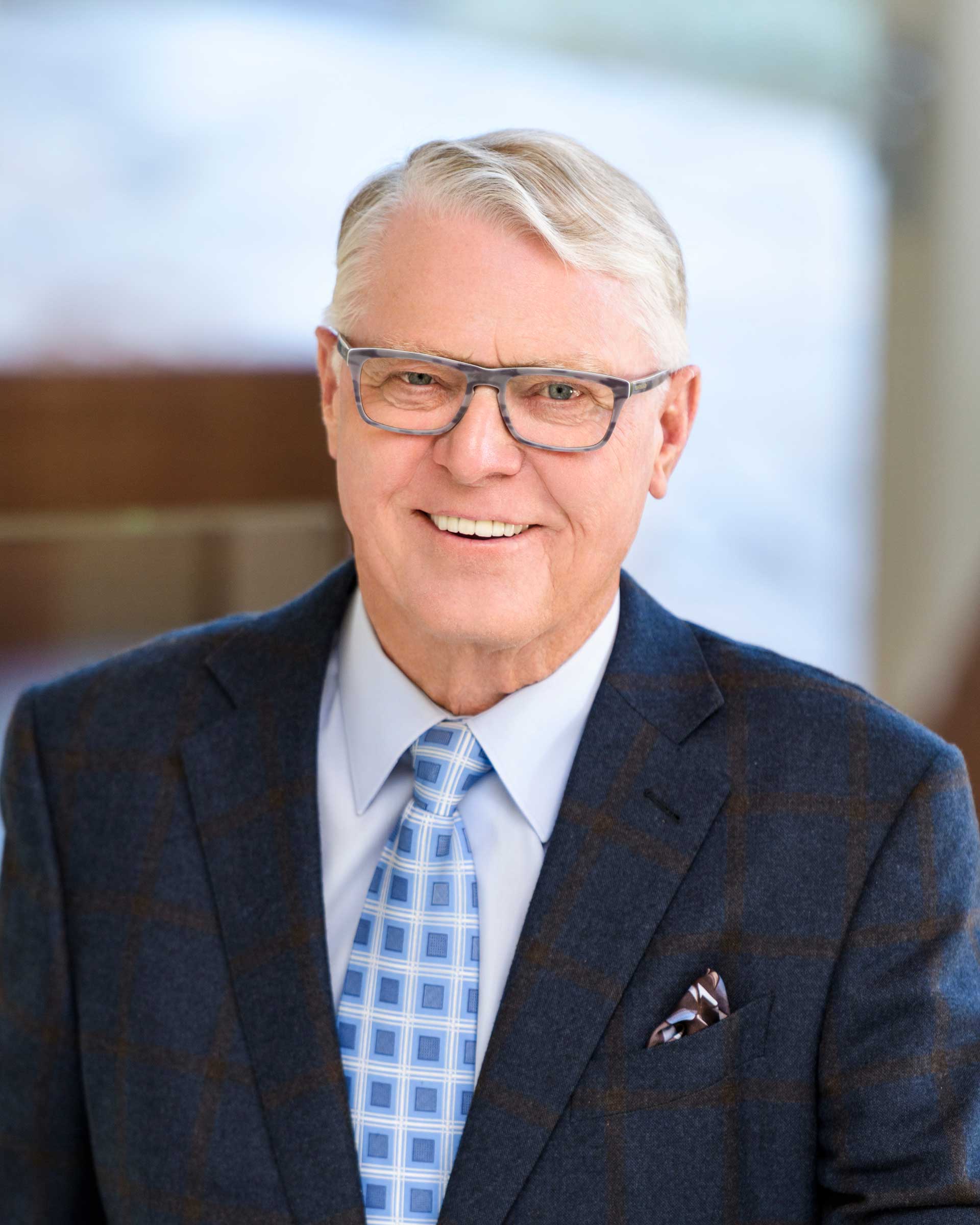 George Melville, chairman and owner of Boston Pizza International, was installed as the second chancellor of Kwantlen Polytechnic University (KPU) on October 1, 2014.
The long-time Lower Mainland resident, Fellow of the Institute of Chartered Accountants and inductee into the B.C. Business Hall of Fame was nominated by KPU’s alumni association and appointed by the university’s board of governors for his professional and philanthropic achievements, commitment to community and valuable service to KPU.
Well-known for his professional successes with the T&M Group of Companies – which brings in sales of over $1 billion per year – Dr. Melville has continuously been committed to giving back to KPU’s communities, region and country through his considerable philanthropic efforts. Alongside business partner and fellow restaurateur Jim Treliving, Dr. Melville founded the Boston Pizza Foundation Future Prospects (originally the Boston Pizza Foundation) in 1990, which has since raised and donated over $18 million to Canadian charities.
Boston Pizza and Dr. Melville’s charitable efforts have benefitted local chapters of Canadian organizations such as Boys & Girls Club of Canada, Juvenile Diabetes Research Foundation, Kids Help Phone, as well as the BC Cancer and Rick Hansen foundations. He has also taken a hands-on role, personally participating in events that include the Walk to Cure Diabetes, and the annual Boston Pizza Foundation Invitational Charity Golf Tournament.
Beginning in 2003, Dr. Melville was a member of KPU’s board of governors for six years, during which time he held various leadership roles. As chairperson of the audit committee, he helped guide KPU during its transition from a community college into a university – a designation that has given KPU students access to a broad range of programs and university degrees, has increased research opportunities and has given students greater access to graduate programs.
In 2012 he and his wife Sylvia donated $500,000 – the largest donation to KPU’s Richmond campus at the time – to create the Melville Centre for Dialogue. The facility, fitted with the latest technology, has provided student, research and community groups the space to discuss, debate and collaborate in Richmond.
For over 30 years, Dr. Melville has worked, lived and raised his family in KPU’s communities. Both of his now-grown children attended KPU, where he himself was awarded an honorary degree in 2013.