Kwantlen Polytechnic University (KPU) has been awarded the title of Grand National Champion as the school that brews the best beers in North America.

“We are absolutely delighted with the extraordinary success of the students who won medals in three out of five categories in the 2019 U.S. Open College Beer Championship. Winning first place and earning the title of Grand National Champion is the result of some very hard work from our entire brewing team and reinforces the fact that KPU is a world-class brewing school,” said Alek Egi, chair and instructor, KPU brewing and brewery operations diploma.

Competing against 14 other schools from Canada and the United States, KPU Brewing won gold in the Bavarian category for the 50/50 Hefe brewed by second-year Brewing students, Kyle Grohs and Joe Mallinson.

In the Open category, KPU won gold for the Fruity and the Yeast NE IPA. This was brewed by second-year students Wes Bain and Daryl McDonald.

The third award-winning beer, Storm Stout, won silver in the stout category and was brewed by second-year students Danilo Chiga and Felipe Freire. The beers were all submitted by KPU Brewing program chair and instructor, Alek Egi. 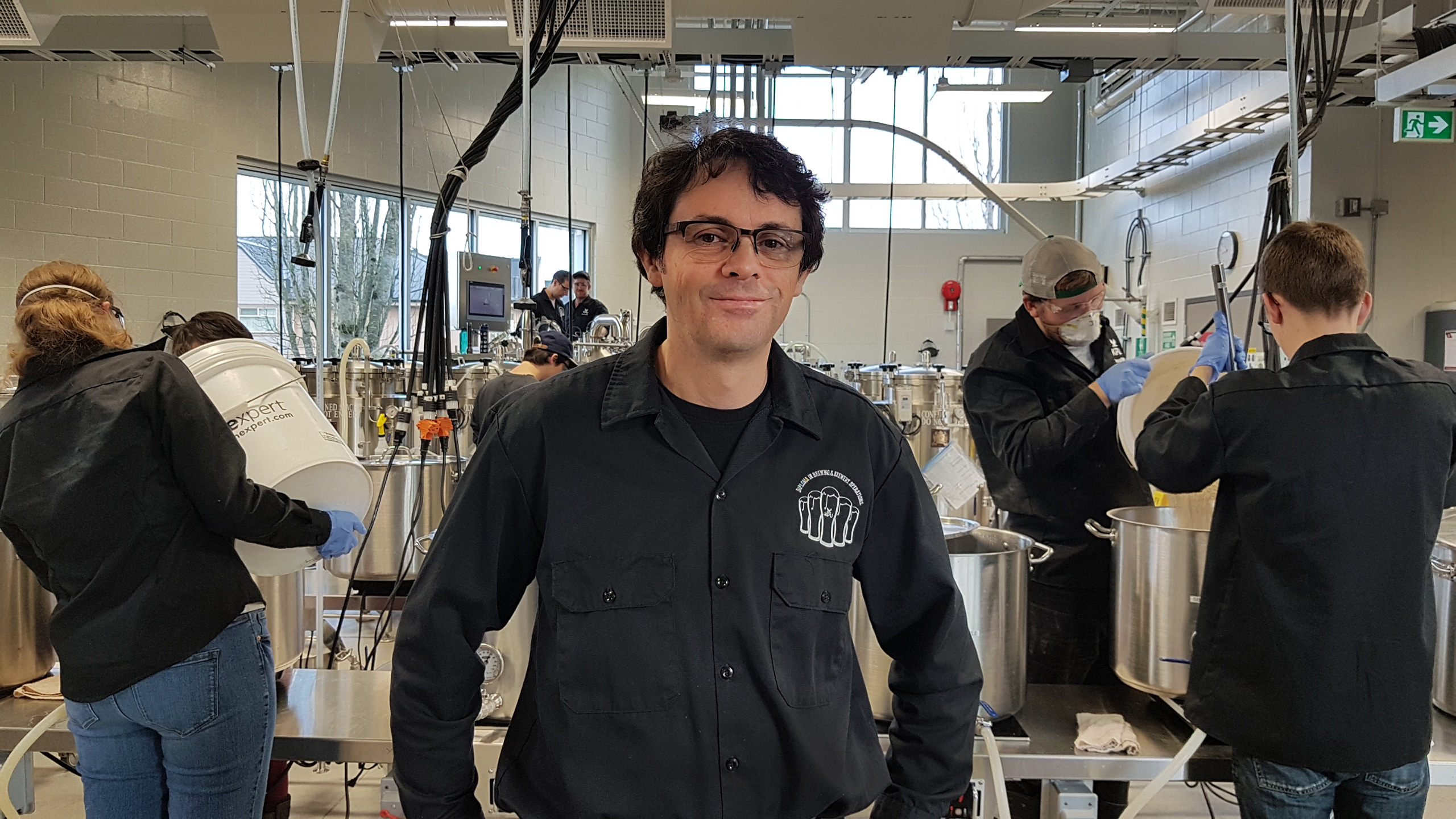 “It’s a huge honour for KPU’s Brewing program to be recognized as the top brewing school in North America in the U.S. Open College Beer Championship. It’s a clear testament to the skill, dedication and hard work of our students, as well as the quality of education and training they receive in the Brewing Diploma,” said Dr. Elizabeth Worobec, dean of the Faculty of Science and Horticulture.

The U.S. Open College Beer Championship is the only competition exclusively for post-secondary institutions that have brewing programs. It is a showcase of the best future brewers in North America and features five categories: Belgian, Bavarian, Stout, IPA and “Open”. The “Open” category allows students to brew any style of beer they like.

This is the third year that KPU Brewing has won in the U.S. Open College Beer Championship. Students won gold and silver medals in the 2017 and silver and bronze in 2018. This is a second win for Bain and McDonald who won a silver medal for their Belgian Dubbel in 2018 along with fellow student Levi Loree.

For more information about the KPU Brewing program, visit kpu.ca/brew. Learn more about the competition here.