Rhiannon Bennett (she/her/hers) is a much-sought-after speaker and is well known for asking tough questions in a manner that encourages engagement and dialogue. She is actively working to create a more equitable world for all. Rhiannon is Musqueam and was raised in Ladner with deep roots in the community with some ancestors living on land since the first sunrise and others who were part of the new fishing community arriving in the early 1900’s.

She has been working with children, youth and families for over 20 years in a variety of roles. Professionally, she has worked with Indigenous youth and families with overarching themes of her work being decolonization and reconciliation.

In 2014, she was the first Indigenous person elected to the Delta Board of Education. As a Trustee, she focused on repairing and building stronger relationships with education partners along with ensuring a decolonization lens was applied to all board work. She is the co-founder of Hummingbirds Rising Consulting and works with a vision to create a society that understands the violence of colonization, its other impacts and is actively reconciling and working towards decolonization. They offer services for students, educators, and policy makers who are working on learning more about decolonization and reconciliation. 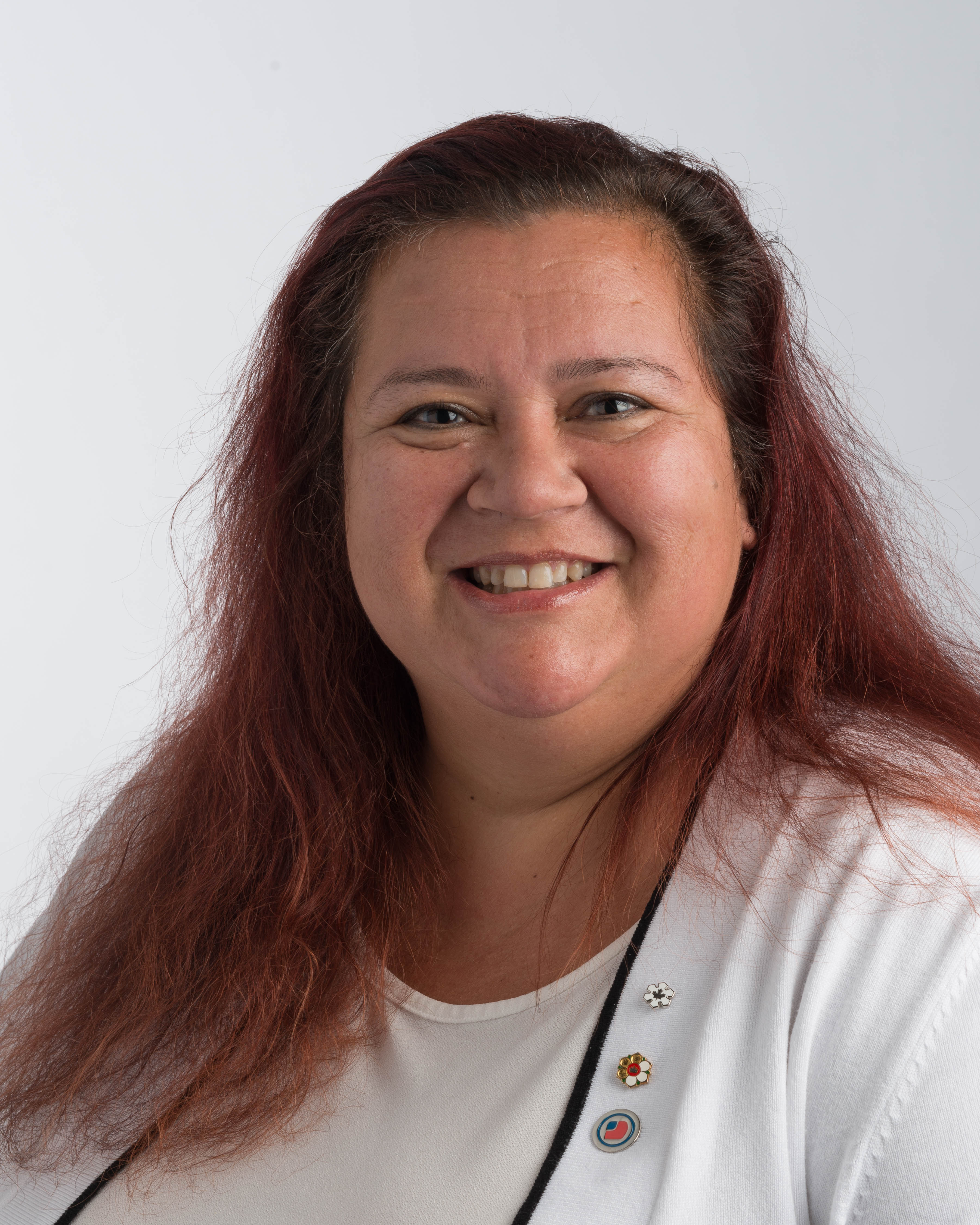 Current KPU chancellor Kim Baird (her ancestral name is Kwuntiltunaat) is known for being a leader and team-builder. Baird was the elected Chief of the Tsawwassen First Nation for six terms, from 1999-2012. At just 28 years old, she was the youngest woman to hold that position.

Receiving numerous awards and accolades throughout her career, Baird’s accomplishments include being a Member of the Order of Canada, being a recipient of the Order of British Columbia and a Queen Elizabeth II Diamond Jubilee Medal, being recognized as part of Canada’s Top 40 Under 40, and many others. She has been appointed to various boards in the community including the Greater Vancouver Board of Trade, BC Indigenous Business Investment Council, and the Canada Public Policy Forum.

Baird is a Distinguished Alumna of KPU, an honour granted to her by the KPU Alumni Association.  She completed an arts diploma at KPU and credits her time at the university with awakening her political consciousness.

Baird also provides strategic consulting to First Nations, governments, businesses, and other organizations on Indigenous matters with the goal of improving the quality of life for Indigenous people. In addition to the many roles she holds professionally, Baird is a proud mom to three young girls.

Appointed to the KPU Board in 2020, Ivy Chen has financial and management experience working with business leaders in the consumer packaged goods manufacturing (CPG) and construction industries over the past 16 years.  Most recently, Ivy has served as Vice President of Finance and Administration of FG Deli Group and Freybe Gourmet Foods.  During her role with FG Deli, Ivy led multi-disciplined project teams implementing best practices in Finance and Operations across geographically dispersed facilities.

As a former international student and an immigrant to Canada, Ivy recognizes the value of higher learning and active mentorship.  She believes in higher education as a path to personal enrichment and equality, strongly advocating for its availability to all.  Ms. Chen is a Chartered Professional Accountant (CPA, CGA) and holds a Bachelor of Commerce degree from Royal Roads University.

Dr. Alan Davis was appointed President of Kwantlen Polytechnic University September 1, 2012. A native of Reading, England, Dr. Davis has held leadership positions at renowned institutions in the United States and Canada, including roles at the British Columbia Open University, Athabasca University, Niagara College and Vancouver Community College. Most recently, he served as President of Empire State College at the State University of New York.

Aside from his extraordinary academic contributions through publications and presentations, Dr. Davis is also a published playwright. Dr. Davis has devoted his career to higher learning and continues to be passionate about the success and achievements of individuals taking it upon themselves to earn an education.

Bob Davis is the 2020-2023 faculty representative on the Board. He holds a Millwright Interprovincial Red Seal Qualification and has been a faculty member for 27 years in the Faculty of Trades and Technology.

He is the past President of the Kwantlen Faculty Association where he held the role of President and Vice-President Negotiations for 13 years. Bob has represented faculty nationally; Canadian Association of University Teachers (CAUT) and Canadian Labour Congress (CLC), provincially; Federation of Post-Secondary Educators, BC Federation of Labour and locally in various roles and positions.

Bob has been appointed to the Industry Training Authority Board of Directors and is currently the Vice-Chair. He has served as Chair of Millwright dept, Interim Associate Dean of KPU Tech, and continues as a Senator. Bob has volunteered for Skills Canada BC and is very active in sailing community. He is also an alumnus of KPU.

Amos Kambere is the Executive Director of Umoja Operation Compassion Society, a not-for-profit organisation that works with newcomer immigrants and refugees living in Surrey BC. He was formerly with Canada Post and a Member of Parliament with the Uganda National Assembly. Mr. Kambere is a member of the Surrey Board of Trade. He holds a Bachelor of Arts Diploma in Education from Makerere University Kamplala, Uganda and Certificates from Vancouver Community College and British Columbia Institute of Technology. 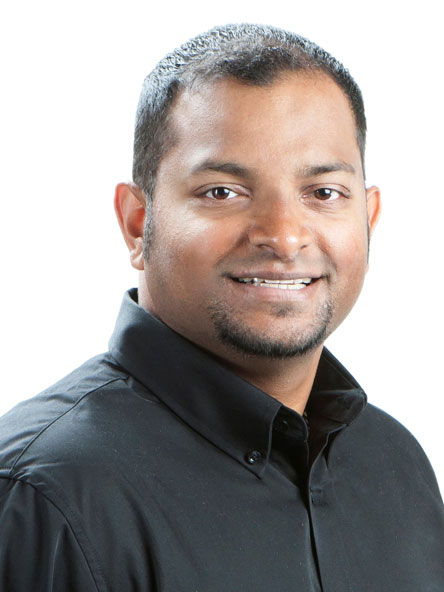 Mohammed Mahabub is currently the chief financial officer for JYSK where he oversees strategic planning, development and leadership for a multi-million dollar furniture and home retailer. For over twenty years he had extensive experience working with board of directors, financial institutions and suppliers. Previously, he was a director of finance for The Internet Marketing Center, a financial controller for Flight Center, and a senior financial analyst for Overwaitea Food Group. Mr. Mahabub holds his Financial Management Diploma from Kwantlen University College and earned his Certified General Accountants designation in 2001.

Muhammad Afzal Malik is a business and management consultant by profession and CEO of Chartac Management Consultants.

He holds a master’s degree in Business Administration (MBA) and has completed the pre-requisite courses for CMA designation.

Mr. Malik is a recipient of the Queen Elizabeth II Diamond Jubilee Medal in recognition of his community services.

Takashi Sato joined the Physics department at Kwantlen Polytechnic University (then, Kwantlen University College) in 1996 after earning a Ph.D. in astrophysics. He served on Education Council (2004-2008), as chair for three years, and was heavily involved in Kwantlen’s transition to a university, helping to set up KPU’s governance structures, briefly serving as chair of KPU Senate (2008), and on the Board of Governors (2005-2008).  He returns now to the Board of Governors after 13 years away.

Dr. Sato’s work within the Physics department includes helping to design and launch the Physics for Modern Technology degree, a very applied degree unique in Canada, and establishing the CloudLab, where students learn online by operating lab equipment remotely.  He is also one of B.C.’s earliest adopters and proponents of open textbooks.  Takashi presents on astronomy education innovations at international venues from time to time as resources permit.

Waheed Taiwo is an alumnus of KPU, a Chartered Human Resources Professional and an active member of the B.C. General Employees’ Union (BCGEU). He works as a Student Success Coach in the Melville School of Business where he provides academic and career support to students in the Post-
Baccalaureate and Graduate programs. He has extensive experience supporting students and staff at KPU and continues to volunteer on many KPU committees. Before joining the Melville School of Business, Waheed worked with KPU International and the Learning Centre and was responsible for developing several programs that continue to enhance KPU students’ experience.

Waheed is a life-long learner and holds several qualifications in the areas of Human Resources, Accounting and International Business. He is currently working towards an MBA in Finance and Responsible Investment at Sustainability Management School (SUMAS), Switzerland.

He has served as an interim Bargaining Chair for the BCGEU employees at KPU and recently completed his three-year term as a Support Staff Representative on the Senate. He was a member of the President’s Diversity and Equity Committee (PDEC) and currently serves as a member on
KPU’s Taskforce on Anti-racism.

Jack Wong recently retired as CEO of the Real Estate Foundation of B.C. and was formerly the assistant managing director and CFO with the Vancouver Board of Trade. Jack has been involved in local development projects including with campus planning and development at the University of British Columbia, the Crystal complex in Burnaby, International Village in Vancouver, and the Vancouver Convention and Exhibition Centre expansion.

A life-long Vancouverite, Wong attended Kitsilano Secondary and graduated from the University of British Columbia with a Bachelor of Commerce degree. Jack is a certified professional accountant and was granted the FCPA designation in recognition of his service to the profession and community. He has served on numerous volunteer community boards including the Richmond Museum and the Vancouver Police Foundation.  Jack currently sits as a board member of the Immigrant Services Society of BC, Brightside Community Homes Foundation, and the Vancouver Chinatown Foundation for Community Revitalization.

Jack believes post-secondary institutions have a role in community well-being and sustainability by providing an accessible and relevant post-secondary system, incorporating innovative learning for students in the spirit of reconciliation and responding to the skill needs of British Columbians.