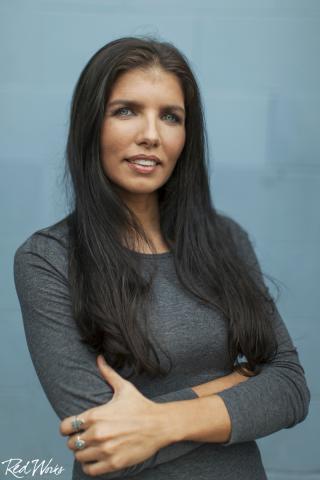 Lisa Monchalin is a graduate of Eastern Michigan University where she obtained her Bachelor’s degree in 2004 and her Master’s degree in 2006, both in Criminology. In 2012, she graduated with her Doctorate in Criminology from the University of Ottawa. She is Algonquin, Métis, Huron, and Scottish, and driven by personal and family experiences, she is determined to reduce the amount of crime that affects Indigenous peoples through education. In 2016, she published The Colonial Problem: An Indigenous Perspective on Crime and Injustice in Canada, with the University of Toronto Press. She has also published in scholarly journals including the American Indian Culture and Research Journal, Crime Prevention and Community Safety: An International Journal, and La Revue Criminologie, among others. She has written several chapters in books, including in the 2020 Routledge Handbook of Public Criminologies, edited by Kathryn Henne and Rita Shah.

She regularly presents her academic work at various conferences throughout Canada, the USA, and the U.K. She has been invited to speak at numerous community events, justice forums, policy forums, symposiums, panels, lecture series, and university classes. She has also been invited as a keynote speaker on several occasions, such as for the Couchiching First Nation Justice Forum in 2018, and the Centering the Margins: Addressing the Implementation Gap of Critical Criminology Conference at Eastern Michigan University in 2019. Additional keynote presentations have included a local empowering youth forum, and an Indigenous honouring graduation ceremony, where she has presented her personal stories of overcoming challenges, and her triumphs, in an effort to empower others and share her passion for life.

At KPU, she developed the course CRIM 4240 Indigenous Peoples and Justice, which is a course she teaches regularly. She created a new Minor in Indigenous Community Justice which officially launched in the fall of 2017.

Monchalin was also appointed to the Office for Victims of Crime in Ontario in 2010, where she played a role in advising Ontario’s Attorney General on victim’s policy and programming for the province. She stayed in this position until moving to British Columbia for her fulltime teaching appointment at KPU. Dr. Monchalin has worked with her Ph.D. supervisor Dr. Irvin Waller to influence crime policy and programming across Canada; this has included researching, consulting, and providing strategic direction for the Province of Alberta’s crime prevention strategy. In 2018 she was invited by The Department of Justice Canada to be a Subject Matter Expert in the area of Indigenous Legal Traditions and the experience of Indigenous peoples interaction with the criminal justice system, where she assisted with the State of the Criminal Justice System Report and online dashboard.

In September 2019, she started her Law Degree at the University of British Columbia, Peter A. Allard School of Law, where she plans to graduate with her Juris Doctor in April 2022.

Lisa is a powwow jingle dress dancer. She dances at local Powwows and has also travelled to Powwows throughout Canada and the United States. This has included dancing in North America’s biggest Powwow in Albuquerque, New Mexico, the Gathering of Nations. She also dances with the Butterflies in Spirit dance group, which raises awareness of violence against Indigenous women and missing and murdered Indigenous women and girls through personal stories, song, and dance. They dance for countless events, such as at schools, conferences, and cultural events. This has included; totem pole raisings, marches, vigil’s, events for those incarcerated, and more. Many of the events are local, but in 2017 they went international when they travelled to Bogotá, Colombia and shared at the Women’s World Peace Conference.