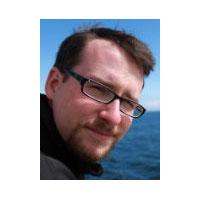 Mike Larsen is a faculty member and current Chair of the Criminology Department at Kwantlen Polytechnic University, where he teaches courses on criminal justice, criminological theory, law and society, and crime and media, as well as the Honours Seminar. His research deals with access to information, privacy, and security practices, particularly as they involve the deprivation of liberty and contestations around government secrecy, public accountability, and the right to know. He is a past recipient of the Dean of Arts Teaching Award.

In addition to his role at KPU, Mike is active in the nonprofit community. He is the current President of the BC Freedom of Information and Privacy Association (BC FIPA), a non-partisan, nonprofit society that is dedicated to promoting and defending the freedom of information and privacy rights in Canada.

Mike’s publications include the chapter “Indefinitely Pending: Security Certificates and Permanent Temporariness”, in the edited volume Liberating Temporariness: Migration, Work, and Citizenship in an Age of Insecurity (MQUP, Vosko, Preston, and Latham, eds., 2014), and Access In the Academy: Bringing FOI and ATI to Academic Research (BC Freedom of Information and Privacy Association, 2013). He has also published articles in The Canadian Journal of Law and Society, Qualitative Inquiry, Contemporary Justice Review, and the edited volume Surveillance: Power, Problems, and Politics (UBC Press, 2009). His contributions to the popular press include articles in Embassy Foreign Policy Newsweekly, a feature interview on CBC’s Sunday Edition, and commentary for the film The Secret Trial 5, as well as numerous radio and print media articles. Mike was previously a contributing author with Prism: The Security Practices Monitor. He is Co-Editor (with Kevin Walby) of the edited volume Brokering Access: Power, Politics, and Freedom of Information Process in Canada (UBC Press, 2012).