KPU extends thanks to the members of the Program Advisory Committee. This committee meets twice a year, to assist with curriculum and program information. 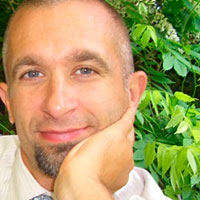 Currently, an Associate at TREC (Training Resources for the Environmental Community), Bruce grew up as a settler on the Unceded territory of the Tsartlip Nation on southern Vancouver Island. He was raised exploring the lands and waters of the Salish Sea. TREC provides tools for working effectively for environmental protection, conservation, and sustainability in Western North America. This work follows from Bruce's time as the Executive Director, CPAWS-BC (Canadian Parks and Wilderness Society, British Columbia) and expands the reach of this work in bringing together leaders, organizations and coalitions in support of the environment. In addition to a Bachelor of Science in Wildlife Biology, working as a biologist on numerous initiatives, including the Eastern Slopes Grizzly Project and the reintroduction of wolves into Yellowstone National Park, Bruce has also completed a Master’s degree in Peace and Conflict Studies. He has worked in senior roles for over 20 years in the NGO sector both in Canada and internationally, including also as the Executive Director for Leave Out Violence Society (LOVE) BC, which supports youth affected by violence. His global work continues with Bruce's additional current role with homeD, an organization with a stated mission to eradicate homelessness, through transitional housing technologies and innovative solutions. Bruce sits on the Telus Vancouver Community Board and is an advisor for the Vancouver Foundation's Systems Change grants. He has also been a frequent election observer for the Office for Democratic Institutions and Human Rights (ODIHR), CANADEM, and regional NGOs, roles which have taken him to Ukraine and various countries in East Africa. Bruce is thrilled to link his many passions and experiences with these current initiatives, continuing a life-long love of nature and a recognition of dedicated people who are protecting people and planet. 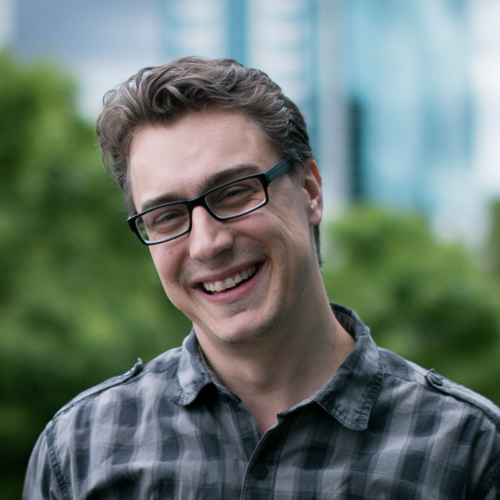 Chad Leaman is the Director of Innovation for the Neil Squire Society and co-founder of Makers Making Change. The Neil Squire Society uses technology, knowledge and passion to empower people with disabilities. Chad is also a volunteer organizer of NetSquared Vancouver, which holds free workshops and an annual conference for non-profits to better use technology to further their mission. He is the former Chair for BC Technology for Learning Society, which refurbishes over 8,000 computers a year for schools, non-profits and other at-need populations in BC. Chad holds a BA in English and Computer Science from Simon Fraser University, as well as certificates in Instructional Technology in Adult Education, Project Management, and is a Certified Association Executive (CAE). He’s a father of school-aged twins, which is the source of much joy, sleeplessness and scraped knees. 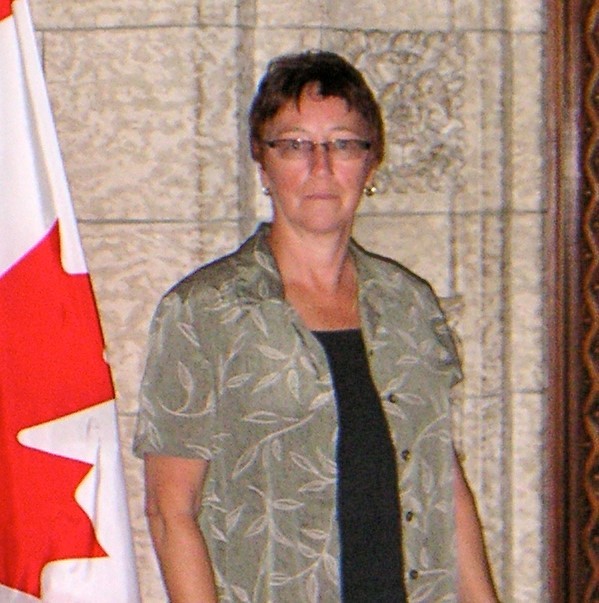 Deirdre Whalen (“De”) has a BSc in Bio Sciences with a Minor in Psychology along with a certificate in Health Care Management and a diploma in Immunology (Virology). She worked for 15 years with the BC Centre for Disease Control where she conducted R&D on new virus testing techniques and 15 years with the BC Government & Service Employees Union where she negotiated collective agreements and joint pay equity plans with the BC government, municipal governments and various crown corporations and community colleges.

Retired with a good pension at age 53, since 2005 De has pursued a variety of volunteer activities in Richmond including President of the Richmond Women’s Resource Centre, Chair of the Richmond Poverty Response Committee, board member of the Richmond Art Gallery Association and Cinevolution New Media Society, and founding member of the Garden City Lands Society, Richmond Homeless Connect, Richmond Food Aid Delivery Coalition, Richmond Farmwatch and Fraser Voices. She also sits on the Boards of O.W.L. (Orphaned Wildlife) and Builders Without Borders Foundation.

De’s brings leadership skills and knowledge of governance and policy development to the table. She believes creating a healthy community starts with dedicated, compassionate and engaged citizens volunteering in non-profit organizations with a collective vision that making the community better for our most vulnerable makes it better for all. 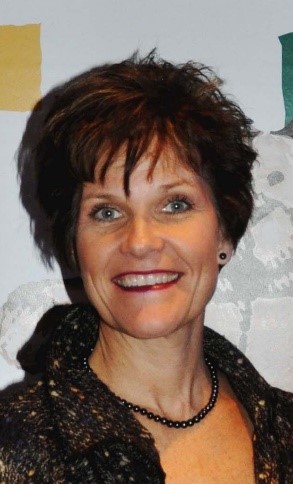 In 2019, takes up a new role as Executive Director of the Cerebral Palsy Association of BC.  She has three decades of investment in the community and charitable sector. Previously, as Executive Director of Volunteer Richmond and the Richmond Community Foundation, she was responsible for the development of mission-driven innovative and sustainable programs; raising the necessary resources for both short-term and long-term funding initiatives and programs.  Elizabeth provided the leadership for the transformation of the two organizations, and the development of Richmond Cares Richmond Gives. Prior to her work in Richmond, Elizabeth served as the General Manager of the YMCA of Greater Vancouver. 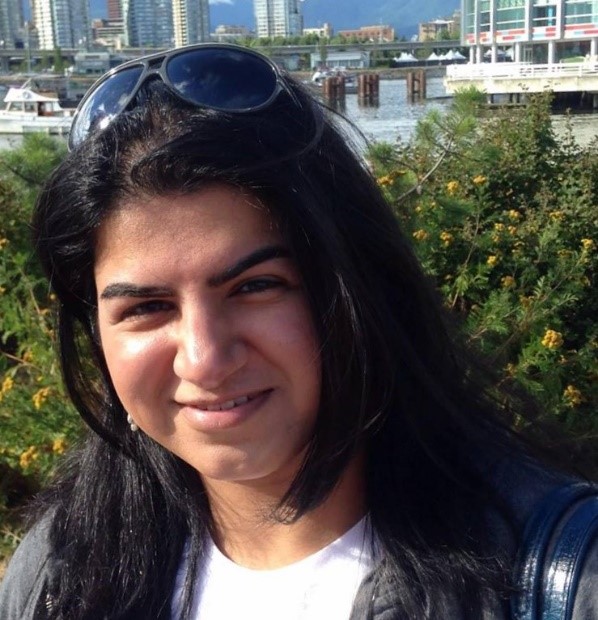 Feezah Jaffer has been with the Surrey Food Bank team since 2010, working in client services, development and fundraising, community relations and advocacy.  Prior to her receiving her Master’s Degree from Monash University in Melbourne, Australia, she spent time in rural Pakistan, working with a prominent NGO, liaising with local agencies, women and youth.  There she gained experience and insights into micro-finance, disaster relief, mother & child health and social justice issues.  In working with the Surrey Food Bank, and now as its Executive Director, Feezah has had the privilege of meeting people from all different and diverse backgrounds and honing her skills as a policy maker and facilitator looking at the concerns of food security, poverty reduction, mental health and social isolation.  Also member of several local community not-for-profit boards and advocacy tables, Feezah is energized and humbled by the work that she does and the difference the Surrey Food Bank makes in the lives of its clients and the greater community. 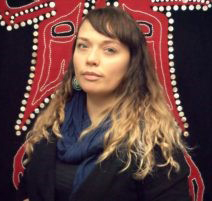 Jeska Slater is one of the Youth Coordinators at FRAFCA.  She is a Nehiyah iskwew (Cree woman) whose family is from Ochekwi Sipi (Fisher River Cree Nation) in Manitoba. Jeska has been working with youth for 8 years; her work combines traditional teachings and value systems with contemporary art like hip hop, graffiti and other unique elements to engage young people. Her training includes Aboriginal Child and Youth Care Counseling, Trauma Informed Practice and Culture as Treatment.

Jeska heads up FRAFCA’S Surrey Indigenous Youth Advisory Committee, which is a youth group that focuses on arts and culture as a means of developing a positive self-identity. This work enables its participants to be advocates, leaders and facilitators in their community.

As a Community Animator, Jeska is also involved in the Skookum Lab, which is a social innovation project established by the Surrey Urban Indigenous Leadership Committee.  The activities centre on Indigenous wisdom, to discover root causes of Indigenous child and youth poverty in Surrey.  She is, additionally, a celebrated artist, and her artwork was included in Surrey Cares Community Foundation’s Vital Signs 2018 First Peoples Report.  Jeska wishes to honour her ancestry by empowering First Nations youth and highlighting the concept of Intergenerational Resilience, or the passing down of gifts, culture and personal wellness. 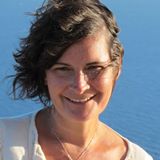 Larissa Petrillo received her Ph.D. in Interdisciplinary Studies from the University of British Columbia (2001). She has worked extensively with interdisciplinary teaching teams at UBC, and is now a long-term faculty member of the Anthropology Department at KPU. After her engagement with the Learning Exchange at UBC, in its initial years, she has continued to develop service learning practices in her own classes and in the learning community, more generally. She is passionate about training undergraduate students to work in the non-profit sector and sees this work as part of a much greater effort at affecting social change. Her central research interests are in social and cultural change, cross-cultural communication, research ethics, indigenous knowledge, and community-based conservation. She has worked with Native communities in both Canada and the United States, and has collaborated with Melda and Lupe Trejo, in publishing Being Lakota: Identity and Tradition on Pine Ridge Reservation (2007). 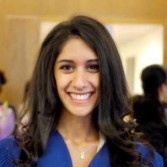 Neda has a Masters of Science in International Development from the University of Birmingham, U.K. along with an undergraduate degree in History from Simon Fraser University. Her experience in community development and capacity building at the grassroots level came from her travels and work in Brazil, China, and East Africa. She also has experience working with the Inter-Council Network of Canada and volunteering with a number of non-profit organizations prior to starting work with the Aga Khan Foundation Canada. 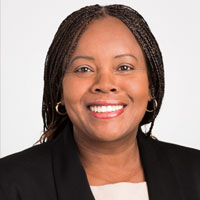 Njeri (Jeri) Kontulahti is a Community Investment Portfolio Manager with Vancity, Canada's largest credit union, where she has worked since 1996. Her job involves developing and deepening connections with community groups and businesses to build their capacity and create impact. She has developed and managed financial products, services and policies that support people with low incomes and newcomers to build assets, including home ownership and access to credit. Njeri has a deep commitment to the cooperative movement in Canada and has served as a volunteer facilitator for the Canadian Cooperative Association's Women's Mentorship Program in Ottawa for several years. This program brings women from credit unions all over the developing world to learn about credit union operations in Canada. Njeri is also Vice President of the Abbotsford Community Services board, one of the largest community services organisations in British Columbia. She is a founding Director of a non-profit known as Daughters of Hope, whose main aim is to raise funds for an education fund for children living at an orphanage in rural Kenya. Njeri is also very involved in volunteer work in her community and church. 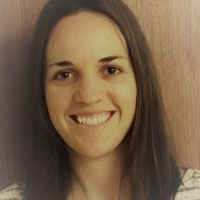 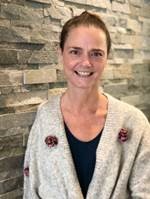 Roxanne Wiseman has been working supporting families with a variety of individualized needs for over 20 years. She has worked across Canada and as far away as South America with organizations such as the Canadian Cancer Society, Trillium Childhood Cancer Foundation, YMCA, CUSO, and locally within the community living sector. Roxanne values all her work experiences, especially those that pertain to her role with the CLS. She has worked as frontline community support staff both residentially, in vocational day centers and communities, and as a manager of residential homes and vocational centers. These experiences have given Roxanne a great appreciation of the work involved in supporting people to live meaningful lives and have valuable experiences as full citizens in their community. Roxanne is a strong advocate for Person Centered Active Supports (PCAS) and is a CLS PCAS trainer.

In her role as Director of Quality and Innovation, Roxanne is responsible for the continued successful accreditation of the CLS, and oversees and ensures excellent services are provided to all of the supported individuals. 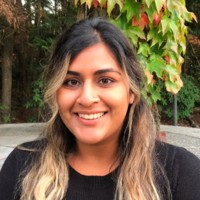 Nida Valiani is a recent graduate, passionate about environmental sustainability & social justice, with an interest in social services.  She has completed a major in Policy Studies and minor in Sociology at Kwantlen Polytechnic University (KPU), in addition to the Certificate in NGO and Nonprofit Studies.  At KPU, she was a member of the Kwantlen Students for Sustainability and also took part in the Kwantlen Model United Nations as a delegate from Egypt.  Additionally, she was selected by the Dean of Arts to deliver the commencement speech at the university’s Convocation ceremony.

KPU would like to thank the following members for serving on the Program Advisory Committee: