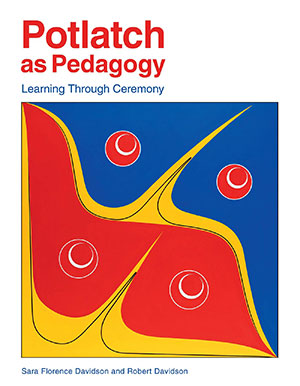 In 1884, the Canadian government enacted a ban on the potlatch, the foundational ceremony of the Haida people. The tradition, which determined social structure, transmitted cultural knowledge, and redistributed wealth, was seen as a cultural impediment to the government’s aim of assimilation. The tradition did not die, however; the knowledge of the ceremony was kept alive by the Elders through other events until the ban was lifted. The tradition did not die. In 1969, a potlatch was held and a totem pole carved by renowned Haida artist Robert Davidson, was raised; the first the community had seen enclose to 80 years. Sara Florence Davidson, Robert’s daughter, would become an educator. Over the course of her own education, she came to see how the traditions of the Haida practiced by her father—holistic, built on relationships, practical, and continuous—could be integrated into contemporary educational practices. From this realization came the roots for this book.

Open to all KPU students, faculty and staff

Free e-book through the Library for KPU Employees and Students as well as a guided dialogue at the end. For more details email IndigenousServices@kpu.ca. Space is limited!

An initiative of Indigenous Services for Students in collaboration with KPU Library.