Network to Eliminate Violence in Relationships 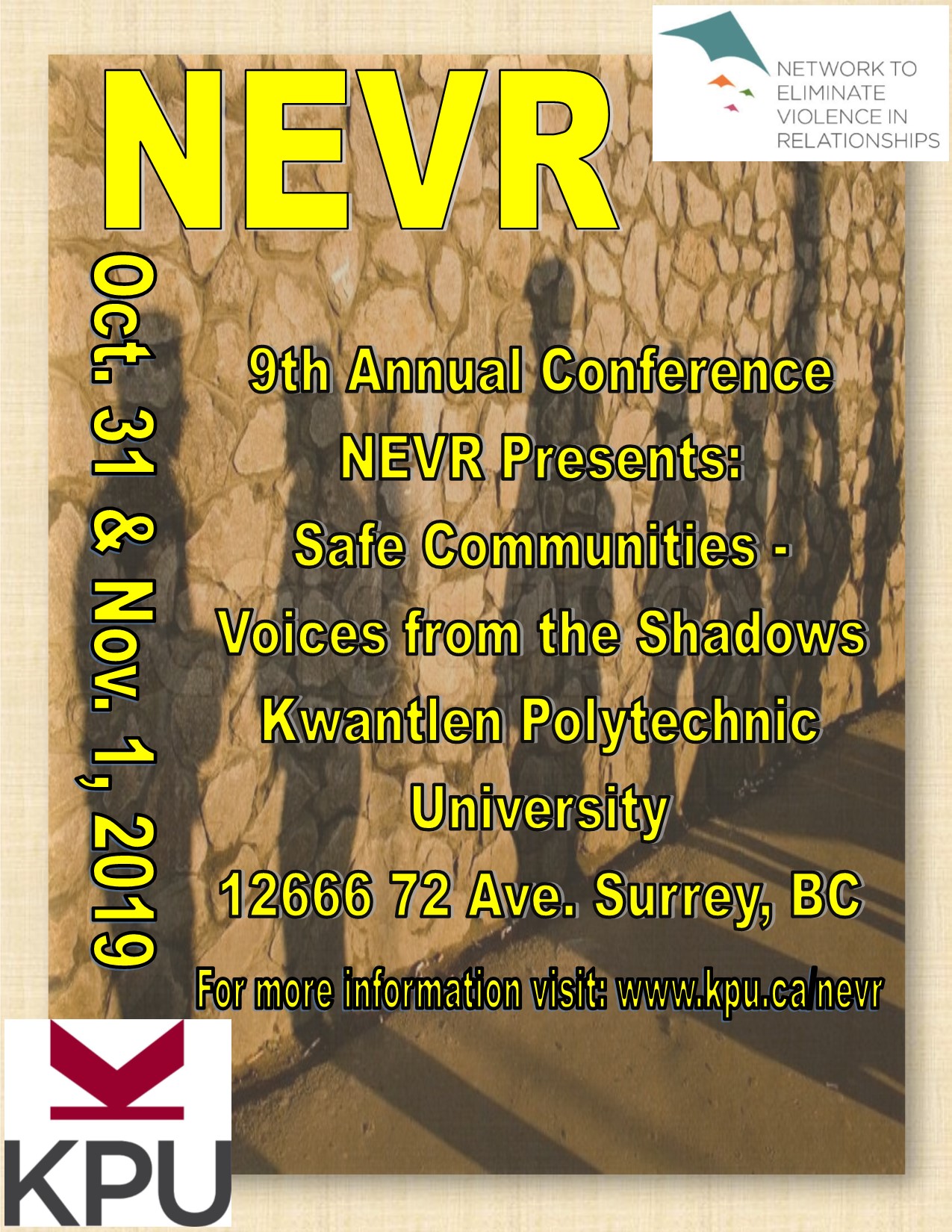 NEVR Conference 2012 - Presenter Geoffrey Cowper
Geoffrey Cowper: Q.C., partner and senior counsel at international law firm Fasken Martineau, is a highly respected litigator.  Called to the B.C. bar in 1982, he is known for his work in many areas of law.  Mr.Cowper has served on four commissions including Chairing the BC Justice Reform Initiative that was just competed this year.  He has also served on the boards of a number of community, charitable and legal organizations and provided public lectures on a variety of topics.

NEVR Conference - Presenter Simon Thomson
Simon Thomson: Mr. Thomson was called to the bar in 1994 and worked in private practice until he joined the Criminal Justice Branch March 2009 as a Crown Counsel.  He has worked on the front line and helped develop and create a Domestic Violence team in the Abbotsford Crown office.  In April 2012 he returned to the trial team and now helps prosecute high risk domestic violence trials.  He has helped develop best practices for Domestic Violence and presented his paper at the 2011 Crown Conference Counsel.

NEVR Conference - 2012 - Presenters: Cory Heavener & Sobhana Daniel
Cory Heavener: Heavener is currently the Provincial Director of Domestic Violence and was appointed on March 26, 2012.  The immediate responsibility for the Head of the Provincial Office of Domestic Violence will be to focus on identifying the gaps in policies, practices and services across government that support children and families experiencing domestic violence.  Cory Heavener lead the development of an action plan for domestic violence in collaboration with a team of six deputy ministers that responded to the recommendations made by the Representative in the Schoenborn report.  Cory Heavener, was previously the Director of Critical Inquiry and Death Reviews and Investigations for the Office of the Representative for Children and Youth.