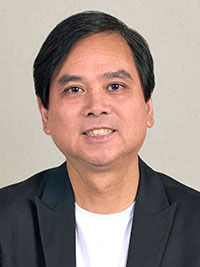 Sherman Chan is the Director of Family and Settlement Services at MOSAIC. He has a Master of Science in Applied Social Studies Degree from United Kingdom, and is a registered social worker. He has worked in the field of social service for more than thirty years in Canada, Hong Kong, USA and Britain. Sherman takes a leadership role with immigration matters in Canada. He is currently Co-chair of Corrections Canada Pacific Region Ethnocultural Advisory Committee, a member of the Transit Police Chief's Community Council. He was a member of the Executive and Treasurer of the Canadian Council for Refugees, a member of the National Settlement Council, a member of the Transit Police Chief's Community Council, and served as a Director of the Board of the Pro Bono Law BC and Board of AMSSA.

Sherman has done a number of collaborative studies with research institutions and participated in social justice advocacy with community groups. He presented three times in front of the House of Commons Standing Committee on Citizenship and Immigration on 'Best Settlement Services', 'Promoting Economic Prosperity through Settlement Services', and 'Resettlement of Syrian Refugees to Canada'.

Sherman is the recipient of the City of Vancouver 2006 Cultural Harmony Award, recognizing his outstanding contribution to the promotion of cultural harmony in the City of Vancouver, and a Canadian Delegate to the United Nations High Commissioner for Refugees (UNHCR) 19th Annual Tripartite Consultations on Resettlement, Geneva, Switzerland in 2013. 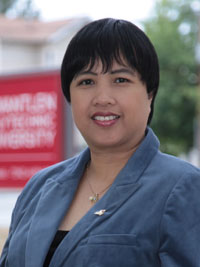 Narima Dela Cruz is the current President of the Filipino Canadian National Congress, the national association which represents the nearly 1M Filipinos in Canada. She is also the long-time known leader of the Filipino Community in Surrey and is the Founder of Surrey Philippine Independence Day Society (SPIDS).  She works as a freelance Language Interpreter and Translator since 2013, and is also a Licensed Realtor by profession.

Narima obtained her Bachelor of Science degree (with post degree education in Law and in Southeast Asian Studies) in the Philippines and took up Trading Services License course at the Sauder School of Business of the University of British Columbia.

She has been a registered Volunteer and/or Community partner for various organizations including Canadian Red Cross, Canadian Blood Services, B.C. Transplant Society, Canadian Cancer Society of B.C., OPTIONS Community Services, SUCCESS Surrey, City of Surrey Parks & Recreation, and the Surrey Food Bank.  She is also a former Executive Committee member for 8 years, and is a former President, of the Parent Advisory Council (PAC) at Johnston Heights Secondary School in Surrey.

Narima has received numerous recognitions in her years as a community leader, professional, volunteer, and advocate. The most notable of which are the Top 25 Canadian Immigrants Award, the Realtors Care Award by the Real Estate Board of Greater Vancouver, the Canada 150 Community Awards, finalist for the YWCA Women of Distinction Awards, among many others. 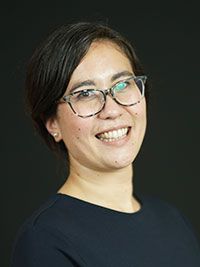 Karah Goshinmon Foster is the Executive Director of the Nikkei National Museum & Cultural Centre, a place of Japanese Canadian history, heritage and culture, located in Burnaby, BC. She completed an Associate of Arts Degree in Anthropology at Camosun College and received a BA with Distinction in Anthropology from the University of Victoria in 2011, in her hometown of Victoria, BC. Her passion for the arts and museums is expressed through ongoing formal study of chanoyu, traditional Japanese tea practice, and seven years as a Volunteer Associate at the Museum of Anthropology at UBC until 2019.

Karah combines creative interests and administration, with extensive experience in guest service environments for small and large businesses. Currently, she is on the Board of Universal Limited Performance Society, and an advisor on the New Westminster Secondary School Memorialization Advisory Committee and the Asian Studies Program Advisory Committee at Kwantlen Polytechnic University. Karah lives in Burnaby with her husband, two stepdaughters, dog and cat.

Ryan Gallagher is Manager of Heritage Administration & Facilities for the City of Surrey. In this role he oversees much of the heritage portfolio in Surrey, including management of Surrey Archives, Civic Artifact Collection, Historic Stewart Farm, public heritage assets, and supports the City's Heritage Advisory Commission. He is familiar with Surrey's heritage collections, archives, materials relevant to Asian communities and Surrey history. 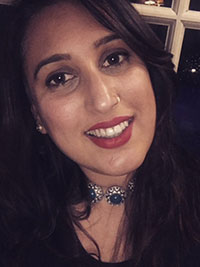 Ranbir Johal received her PhD from UBC's Asian Studies Department in April 2020. Ranbir's research focusses on the intersectionality of caste and gender in South Asian performance traditions. Her doctoral research sought to understand how shame and stigma shaped women's participation in Punjabi theatre. Ranbir teaches Punjabi language and literature, as well as South Asian courses at Kwantlen Polytechnic University. In addition, she is a Board Member of the Punjabi Language Education Association and has created an open educational resource for the teaching of the Punjabi language. She is also a creative writer and co-director of Rangmanch Punjabi Theatre. 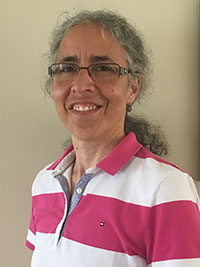 Kamala Elizabeth Nayar (PhD, McGill University; BA, McGill University; RN, Vanier College) has been teaching at KPU since 2001, during which she played a major role in the development of the Asian Studies program. With expertise in South Asian religions and diasporic communities, Nayar teaches a wide variety of courses on religion, culture, cinema, and society. Nayar has been involved in many research projects and held the KPU Chancellor's Research Chair 2011-2014. For a list of her publications, see https://www.kpu.ca/arts/asian-studies/faculty/kamala-nayar 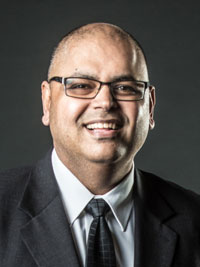 Alex Sangha has a Master's in Public Administration and Public Policy from the Department of Government at the London School of Economics.  He has a Master of Social Work from Dalhousie University, as well as a Bachelor of Social Work from the University of British Columbia with a First Class Standing. He is both a registered clinical social worker and registered clinical counsellor in BC.

Alex has worked as a social worker, clinician, case manager, youth counsellor, instructor, and team leader for many organizations including Fraser Health Authority and the Ministry of Children and Family Development.  Alex currently has an established private counselling practice in North Delta.

He is the Founder and Executive Director of the Sher Vancouver LGBTQ Friends Society which is a social, cultural, and support non-profit organization for LGBTQ South Asians and friends.

Alex has produced an award-winning short documentary film entitled, My Name Was January, and his debut feature documentary film, Emergence: Out of the Shadows will be released in late 2021.

Alex is the recipient of the Meritorious Service Medal from the Governor General of Canada.​ 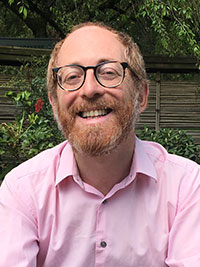 Justin Stein (PhD, University of Toronto, Study of Religion) is an Instructor in the Asian Studies and the Languages and Cultures departments at Kwantlen Polytechnic University. His teaching focuses on the history, society, and culture of East Asia and Asian diasporas, particularly the intersections of religion, gender, medicine, colonialism, science, capitalism, and the state. His research examines how modern Japanese religious and spiritual practices, especially spiritual healing, have been shaped through transnational exchanges. His first monograph, currently under review, is based on his dissertation research on the development of the Reiki healing system in the twentieth-century North Pacific and extends its analysis to other "transnational spiritual therapies". He has two current research projects: one on how 1930s Buddhist youth associations in the British, Japanese, and American empires engaged with colonialism; and another on a nineteenth-century Zen meditation system that claimed to cure all illness and distress through restructuring the nervous system. You can read some of his scholarship at https://justinstein.academia.edu/ 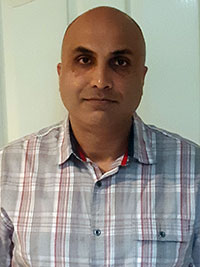 Gary Thandi has his Bachelors and Masters in Social Work. He has 20 years' experience, having worked as a probation officer, counsellor, hospital social worker, program manager, researcher, clinical supervisor and Executive Director. He is currently the Executive Director and Clinical Supervisor of a non-profit collaborative called Moving Forward Family Services (MFFS), which provides low barrier counselling and support services to residents of Metro Vancouver and the Fraser Valley. MFFS is a mentorship agency – providing counselling and social work practice opportunities to interns and new graduates beginning private practice. The agency employs supervisors, who are able to provide supervision and support to a team of 125 part-time counsellors, social workers and interns on post-secondary practicums, who then provide thousands of hours of support per month to vulnerable communities. The agency's unique model allows it to offer timely, affordable (including free) counselling and support without being bound by restrictions based on gender, age, geography or presenting issues. It also allows MFFS to complement existing services (as opposed to competing with them for the same pools of traditional funding) thus reducing pressures on these services.