KPU Chosen as one of Canada's Greenest Employers for 2015

On October 11, BC Hydro recognized KPU with a 2012 BC Hydro Power Smart Excellence Award for the fifth time. Committed to energy conservation, KPU maintains a distinguished history of accomplishment with BC Hydro and continues to lead the way for other local and BC businesses alike. 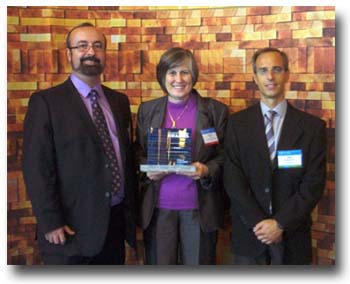 "KPU's significant leadership in energy conservation is achieved through our great partnerships with BC Hydro, the province of British Columbia, many service providers, and our campus community," said Karen Hearn, executive director, facilities services, KPU.  "We are privileged that our leaders have invested in projects that create energy efficiency, and in result, allow KPU to use approximately 50% less energy than other universities across North America."

KPU's detailed energy reporting system is one of the most comprehensive in the education sector. In fact, the university's total amount of avoided energy use for the last decade is enough to power 2,079 homes for one year. In 2011, the energy conserved by KPU was adequate to power 241 homes for the entire year. Tracking, reporting and evaluation efforts provide the university with a keen understanding of operations; strategies implemented include:

KPU dedicates time and resources to encourage and educate the community about the benefits and responsibility of participating in energy conservation and other sustainable initiatives. For more information, visit: kpu.ca/sustainability.

KPU has been serving the Metro Vancouver region for 30 years, and has opened doors to success for more than 250,000 people. Four campuses-Richmond, Surrey, Cloverdale and Langley-offer a comprehensive range of sought-after programs, including business, liberal arts and science, design, health, trades and technology, apprenticeships, horticulture, and Academic & Career Preparation. Over 17,500 students annually have a choice from over 200 programs, including bachelor's degrees, associate degrees, diplomas, certificates and citations.

Metro Vancouver, BC – (January 19, 2012) – It uses natural ventilation, consumes 65% less energy compared to the model National Building Code, and more than f40% of its building materials were sourced from within 800km and 26% recycled material. It’s these attributes, and more, which have led the Coast Capital Library at KPU’s Surrey campus to be recently awarded the prestigious Leadership in Energy and Environmental Design (LEED) Gold certification.

In an event celebrating the designation yesterday, KPU president John McKendry said: “We are proud of our efforts and achievements under this program which measures design, construction and operations of green buildings. This project is the eighth LEED certified project for the City of Surrey and KPU’s second certification in Surrey – Our Cloverdale campus received the very first prestigious LEED Gold certification in the City of Surrey in 2008. To have two certifications out of eight in the city shows that KPU is a true leader in sustainability.”

“KPU is a leader in British Columbia for their commitment to energy efficiency and sustainability and the new library builds on this reputation,” commented Surrey-Panorama MLA Stephanie Cadieux. “Our government is committed to leading the world in sustainability and this building takes us another step towards this goal.”

LEED is a third-party certification program that benchmarks and measures the design, construction and operation of high performance green buildings. “In addition to receiving recognition for the Aboriginal Gathering Place, it was great to see so many KPU Alumni recognized for their achievements at the event,” commented Karen Hearn, KPU’s executive director, facilities.The Province invested $600,000 in Xthum, which was established in 2010. It is a gathering place for all KPU students and the space recognizes the important contribution of the KPU, Semiahmoo, Tsawwassen, and Katzie Nations. Public Design has already been awarded an Innovation Award from the Architectural Institue of BC and an Interior Beauty Design Award from WOOD Works for Xthum. 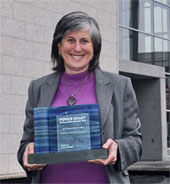 The Energy conservation leaders in both the private sector and government are among the winners of BC Hydro's latest Power Smart Excellence Awards. BC Hydro CEO and Premier Gordon Campbell presented the awards to 18 residential, commercial and industrial organizations from across the province.

The award represents both significant energy reductions and demonstrated leadership in sustainability. KPU was one of only nine BC organizations (2 post-secondary) honoured in May 2004 with a "Certified Energy Efficiency Leader" award and one of only three in 2008 receiving this new top award, presented by BC Hydro senior executives and Premier Gordon Campbell. KPU was the only post-secondary institution even nominated for this award. 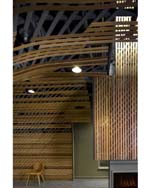 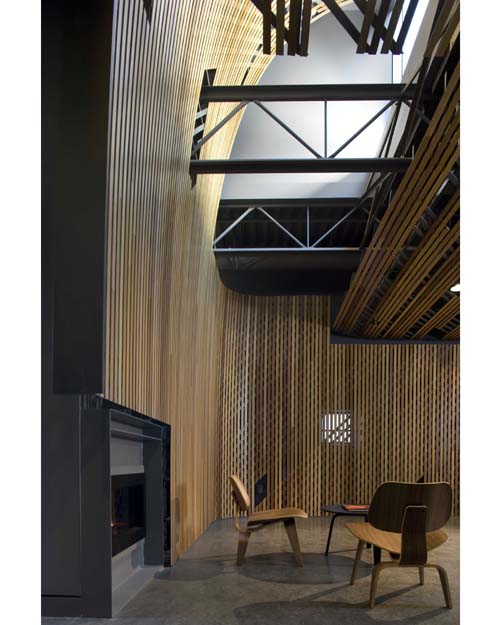 For its use of a variety of woods and innovative architectural design, KPU's new student gathering facility earned the 2010 BC Wood Design Award in the Interior Beauty Design category from the Canadian Wood Council. In addition, described as a physical representation of a dialogue between First Nations culture and modern architecture, this multi-purpose study and social space received the 2010 Innovation Award from Architectural Institute of British Columbia (AIBC) in recognition of its digitally-driven design process as well as the contemporary fabrication methodology.

With Xthum, a Hul'qumi'num word that means "basket and drum," as its project title, KPU's Aboriginal Gathering Place aims to create a warm and inviting gathering place for all students – a space that supports the social and educational activities associated with attending KPU Polytechnic University in an environment that recognizes the important contribution of the KPU, Semiahmoo, Tsawwassen, Katzie, and all other Aboriginal Nations.

With a clear direction to create a space tailored to students, while building on the university's aboriginal roots, the design of KPU's Aboriginal Gathering Place anchors flexible zones of occupation around a fixed kitchen and fireplace element. Defining these zones is a ceiling/wall-scape that obscures references to the original former classroom; ceiling datums, corners and existing windows are draped and concealed. A new skylight and exterior entry provide connections to the sky and forest nearby. The contemporary construction and fabrication methodology resonates with students who are nomadic by nature: studying at all hours, eating when convenient rather than in traditional meal times, and technology enabled.

The Wood Design Awards bring together people from various sectors to celebrate leadership and innovation. The Awards also serve as an opportunity to publicly recognize and encourage continued excellence in the building and design community and in the forest industry. For more information about KPU's Aboriginal Gathering Place design and construction, contact: Karen Hearn, Executive Director,Facilities Services 604.599.2442