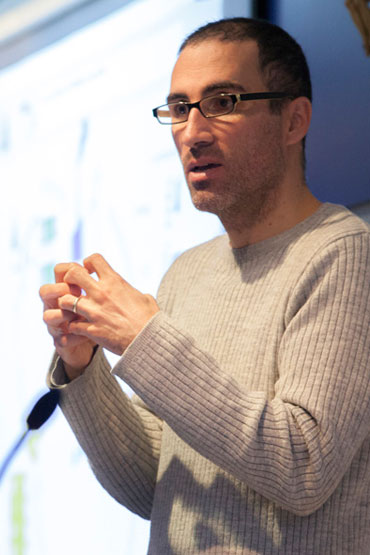 Victor Martinez's career as a product designer, project manager, and teacher has taken him around world. As a faculty member in the Chip and Shannon Wilson School of Design, and an instructor in the product design program, Martinez brings a wealth of diverse experience to the role.

"Product design is young" he says, "but it has unique characteristics that make it attractive."

Martinez graduated in 1999 from the National University in Mexico after studying industrial design. Venturing to Italy, he then completed a master's degree in transportation design at the Scuola Politecnica di Design in Milan. It was here that Martinez began his career in the car industry as a senior designer and project manager working with companies including FIAT, Audi, KIA, Ferrari, and GM.

In 2004, Martinez returned to Mexico where he began his own design consultancy and ventured into teaching, which he did for the next seven years.

Deciding to further his education once again, Martinez received a full scholarship from Northumbria University in the UK, and began to pursue his PhD. He lived in the UK until 2014, when he completed his thesis and began looking for new opportunities, and new adventures. Having previously spent a summer semester at the University of British Columbia, Martinez was excited to return to Vancouver—this time, as an instructor.

For more information about product design at KPU, visit kpu.ca/productdesign